"The Quad is, with the possible exception of India being somewhat shaky on some of this, but Japan has been extremely strong -- so has Australia -- in terms of dealing with Putin's aggression." 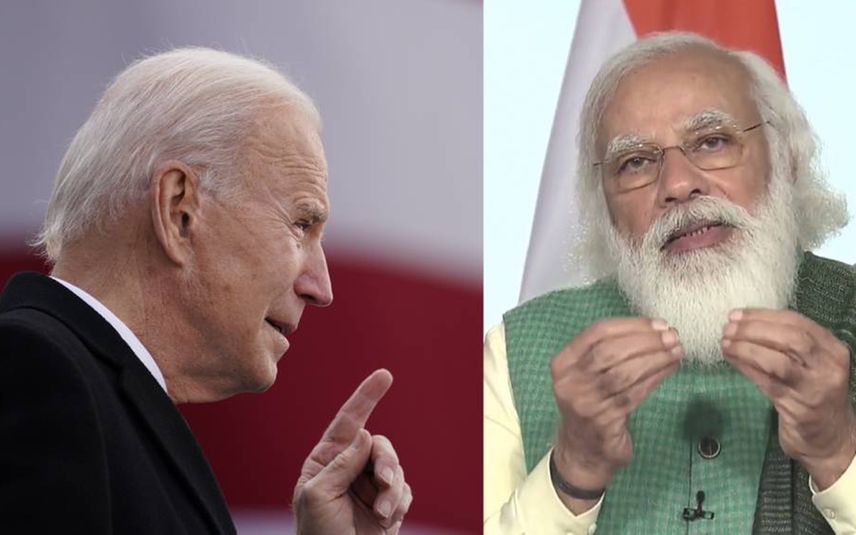 Washington: US President Joe Biden said Monday that India was an exception among Washington's allies with its "shaky" response to the Russian invasion of Ukraine.

Biden lauded the US-led alliance, including NATO, the European Union and key Asian partners, for its united front against President Vladimir Putin.

However, unlike fellow members of the Quad group -- Australia, Japan and the United States -- India continues to purchase Russian oil and has refused to join votes condemning Moscow at the United Nations.

Addressing a meeting of US business leaders in Washington, Biden said there had been "a united front throughout NATO and in the Pacific."

"The Quad is, with the possible exception of India being somewhat shaky on some of this, but Japan has been extremely strong -- so has Australia -- in terms of dealing with Putin's aggression."

Biden said that Putin was "counting on being able to split NATO" and instead, "NATO has never been stronger, more united, in its entire history than it is today."

Indian oil refiners have reportedly continued to purchase discounted Russian oil, even as the West seeks to isolate Moscow.

An Indian government official said last week that the world's third-biggest consumer of crude relies on imports for almost 85 percent of its needs, with Russia supplying a "marginal" less than one percent of this.

But "the jump in oil prices after the Ukraine conflict has now added to our challenges... India has to keep focusing on competitive energy sources," the official added.

New Delhi, which historically has had close ties with Moscow, called for an end to the violence in Ukraine but has stopped short of condemning Russia's invasion, abstaining in three votes at the United Nations. AFP