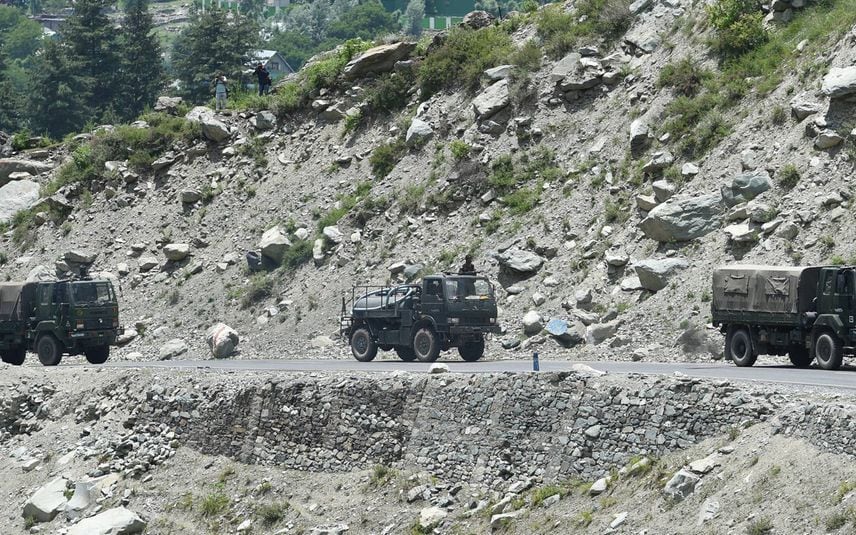 New York: The clashes between India and China along the Line of Actual Control (LAC) in Eastern Ladakh's Galwan Valley this year were planned by Beijing and were likely in retaliation to New Delhi strengthening its ties with Washington, according to a report by a Congressional commission.

"The Chinese government had planned the incident in June in Ladakh region's Galwan Valley 'potentially including the possibility for fatalities'," the US-China Economic and Security Review Commission (UCESRC) said in its annual report released on Tuesday.

Carolyn Bartholomew, the vice chair of the bipartisan research body set up by the Congress, said at the report's release that the "India-China border" was one of the areas where Beijing was "more aggressively exercising its power" as its "military modernisation continues".

The UCESRC report said there were several signs of the planning ahead of the clash in which at least 20 Indian soldiers were killed and China suffered casualties that it has not disclosed.

It said that satellite images showed a large Chinese buildup in the Galwan Valley with about 1,000 Chinese soldiers the week before the deadly skirmish.

About two weeks earlier, there was a "potential indication of Chinese leaders signalling their intent to escalate tensions" in an editorial in China's state-owned tabloid Global Times that "warned that India would suffer a 'devastating blow' to its trade and economic ties with China if it got 'involved in the US-China rivalry'," it said.

Before that, China's Defense Minister Wei Fenghe had called on Beijing to "use fighting to promote stability", the report said.

The report also said that "in the aftermath of the clash, Beijing asserted sovereignty over the entire Galwan Valley, a new claim and significant change to the territorial status quo".

Showing a pattern of Chinese quest for military domination, the report said, "Beijing ramped up its multiyear coercion campaign against its neighbours, provoking military or paramilitary standoffs with countries from Japan to India and much of Southeast Asia."

China is also moving on another front, tiny Bhutan, in its campaign of aggression and intimidation from the Himalayas to the South China Sea and beyond, the report said.

More recently, after the report was sent to the printers in October, "there is evidence that China is moving to take territory from Bhutan", it said.

The New York Times had reported last week that China had built a village a mile inside Bhutan near the Torsa river and moved in 100 people there. It said that China had laid claims to 777 sq km of Bhutan's territory in the Sakteng Wildlife Sanctuary.

The UCESRC report also said, "The exact motivations behind the Chinese government's provocative behaviour on the LAC this year remain unclear."

It added, "The proximate cause of the clash appeared to be India's construction of a strategic access road to support troops stationed along the LAC. China has also built extensive infrastructure along the LAC in recent years."

The report quoted testimony to the UCESRC by an expert from the Brookings Institution think-tank, Tanvi Madan, that "if China's goal from its actions was 'to acquire territory... (the Chinese government) might deem the moves a success.' If Beijing intended to dissuade India from building infrastructure on its side of the LAC or warn it against aligning with the United States, however, 'then the Chinese moves have been ineffective, if not counterproductive'."

India has continued building roads and other infrastructure near the LAC and New Delhi and Washington signed an agreement to share geospatial and aeronautical information with strategic significance.

The Basic Exchange and Cooperation Agreement on Geospatial Cooperation (BECA) was the latest in a series of agreements on defence cooperation.

The report also cited various economic measures taken by India against China such as the ban on about 200 apps linked to that country, the actions to dissuade Indian telecom companies from using Chinese equipment, and stopping the use of Chinese oil tankers.

The report warned that China was trying to gain influence with the militaries of India's neighbours and "may soon seek to translate this influence into military bases in South Asia".

The report said that according to an analysis by the defence informational service Janes, "potential candidates for a future PLA (People's Liberation Army) base include Chittagong Port, Bangladesh; Hambantota Port and Columbo Port, Sri Lanka; and Karachi Port and Gwadar Port, Pakistan".