Morrison was scheduled to hold extensive bilateral talks with Prime Minister Narendra Modi during the visit. 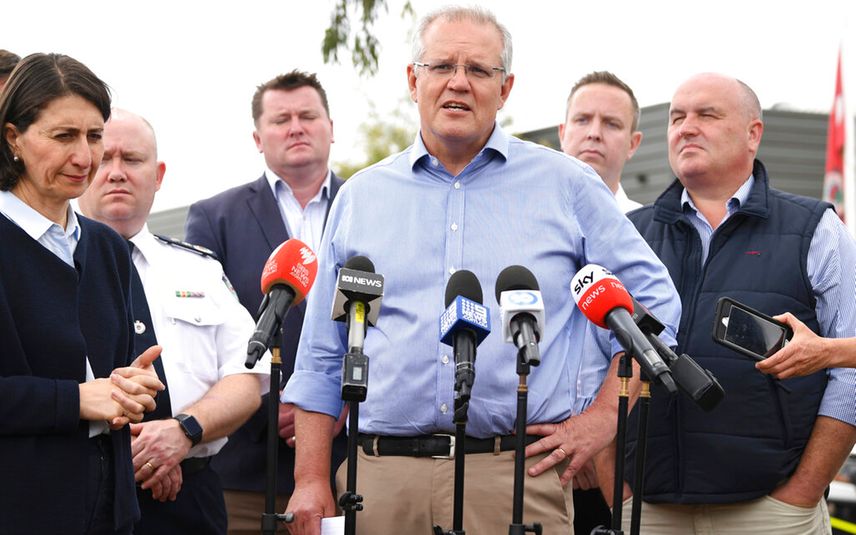 New Delhi: Australian Prime Minister Scott Morrison has called off his four-day visit to India from January 13 due to devastating bush fires in several parts of his country, diplomatic sources said on Friday.

Morrison was scheduled to hold extensive bilateral talks with Prime Minister Narendra Modi during the visit.

The Australian prime minister was also scheduled to deliver the inaugural address at the Raisina Dialogue, the flagship annual lecture series organised by the Ministry of External Affairs.

Besides Delhi, Morrison also planned to visit Mumbai and Bengaluru. "Prime Minister Scott Morrison has called off his visit to India due to the serious situation arising out of bush fires in several parts of Australia," a diplomatic source told PTI.

Bush fires have ripped through the states of New South Wales and Victoria, killing at least 20 people and destroying nearly 500 homes.

About 4,000 people, including nearly 3,000 tourists, were stranded in Victoria's Mallacoota region since they were forced to take shelter on the foreshore as the fire approached on New Year's eve.