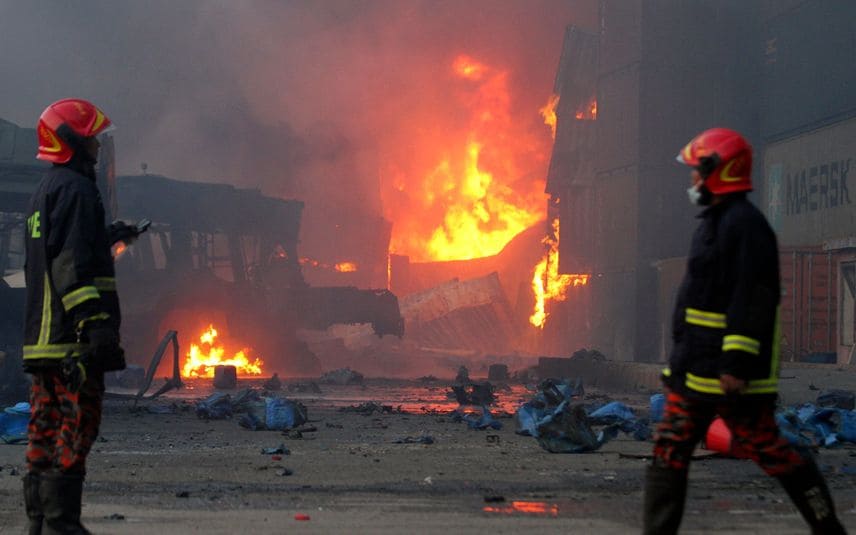 Bogota: At least four people were killed by an explosion in the Colombian town of Cartagena del Chaira in the department of Caqueta, the Colombian government reported on Friday.

"At approximately 10:30 this morning, there was an explosion, a terrorist attack against a police patrol that was circulating in the sector. The victims were civilians travelling in a motorcar and on motorcycles," Mayor of Cartagena del Chaira Edilberto Molina Hernandez said.

"The cowardly attack which claimed the lives of four people, including a minor, is an attack against all Colombians," Defense Minister Diego Molano posted on Twitter.

A driver, a mother and a three-year-old child died, while a 57-year-old woman later died from her injuries.

Two people who sustained injuries were taken to nearby medical centres, according to authorities.

Molano accused the Jorge Briceno Suarez structure of the dissidents of the former guerrilla group the Revolutionary Armed Forces of Colombia (FARC) of carrying out the attack.

He also said that he had instructed the Army and the National Police to activate the necessary operations to capture and prosecute those responsible for the attack.

Cartagena del Chaira is one of the municipalities that, according to the Ombudsman's Office, are at risk of attacks in the electoral process that the country is going through, ahead of the second presidential round on June 19.