otal applications in the EU exceeded pre-pandemic levels for the first time since the outbreak of Covid-19. 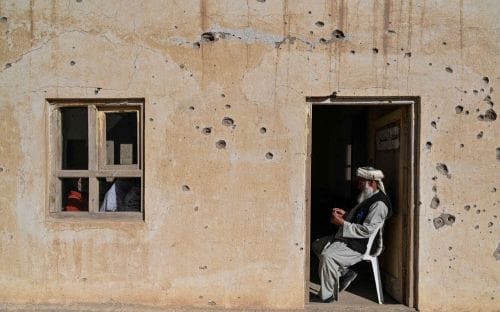 New Delhi: Afghans lodged more than 17,000 asylum applications in the EU in September, up from 10,000 in August and nearly twice as many as Syrians. This made Afghanistan by far the main country of origin, which Syria had been for seven years until July, the European Asylum Support Office (EASO) said.

Total applications in the EU exceeded pre-pandemic levels for the first time since the outbreak of Covid-19.

EASO said about 71,200 applications for international protection were lodged in the EU in September 2021, up by a quarter from August and the most since November 2016.

For the first time since the outbreak of the pandemic, applications exceeded the last pre-pandemic levels in early 2020.

The rising trend in Afghan applications not only continued, but accelerated.

Applications by Afghans increased by a considerable 72 per cent, from about 10,000 in August to 17,300 in September. This increase partly reflected the evacuations that followed the Taliban takeover of Afghanistan in August.

Afghans were by far the largest group of applicants in the EU in September, with almost twice as many applications as by Syrians (9,100), who had been the largest group every month for seven years up to July 2021. While Afghans lodged the most applications since September 2016, their number was still less than half of the all-time high in November 2015.

Turkish nationals (3,000) were the third largest group of applicants in September, continuing to apply at the highest level on record.