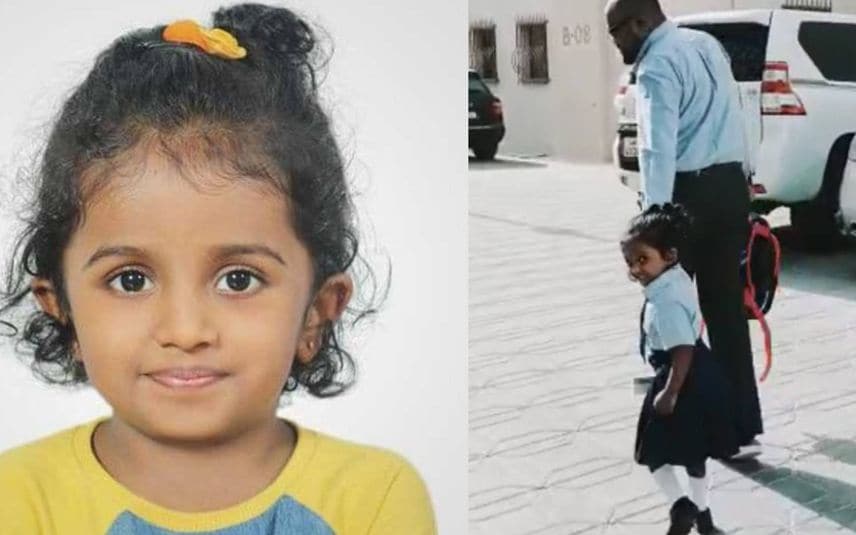 The last moments of four-year-old Minsa Mariyam, who died of asphyxiation after getting trapped inside a school bus in Doha, were filled with pure innocence and smile.

Minsa was celebrating her birthday on that day and was excited to go to school to meet her friends. Safely clutching the hands of her father, Minsa walked out of the house, her mother trailing with a camera capturing her little steps. Unfortunately, she never knew it was the last time she is ever going to see her daughter alive. Before leaving, Minsa looks back and smiles at her mother as if it was a final goodbye.

KG-1 student of Springfield Kindergarten, Minsa Mariyam Jacob, fell asleep inside the bus when she was left unattended mistakenly by the bus staff. They locked the bus parked on the open ground after duty. Minsa was spotted lying unconscious only when the staff returned to resume duty the next day. Though they rushed the girl to a hospital, she could not be saved. The mishap happened on September 11, Minsa’s birthday. A subsequent probe suggested that the absence of air circulation in the bus and scorching heat might be the reason for death.

She is daughter of Kottayam native Abhilash Chacko and Saumya. The body was brought later to Kerala on Wednesday morning after the family decided to conduct the funeral at the ancestral house of Abhilash in Kottayam. The family visited Kerala last July. The whole family is yet to recover from the shock left by the untimely demise of Minsa.