The Indian Embassy had announced in a statement that 106 Indians were injured in the explosion. 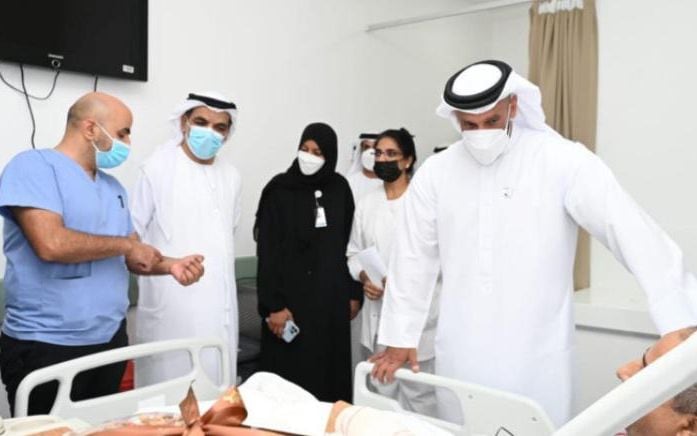 Health officials visiting the injured at the hospital

Abu Dhabi: Two people killed in the gas cylinder explosion in the capital of the United Arab Emirates that injured 120 others have been identified. The deceased include a Malayali and a Pakistani and the former was identified as Alappuzha native Sreekumar Ramakrishnan Nair. No further details about him are known at the moment.

The Indian Embassy had announced in a statement that 106 Indians were injured in the explosion. The injured have been admitted to Sheikh Khalifa Medical City, Sheikh Shakhbout Medical City, Burjeel Hospital, NMC Specialty Hospital, Medeor Hospital, LLH Hospital, Mediclinic, and Cleveland Clinic in Abu Dhabi.

The explosion struck a restaurant just after 1 pm in Abu Dhabi's Khalidiya neighbourhood. Eight employees of the Food Care restaurant that was destroyed in the blast are undergoing treatment. The restaurant owner informed that the condition of three is critical.