Keralites who worked behind this year's IPL 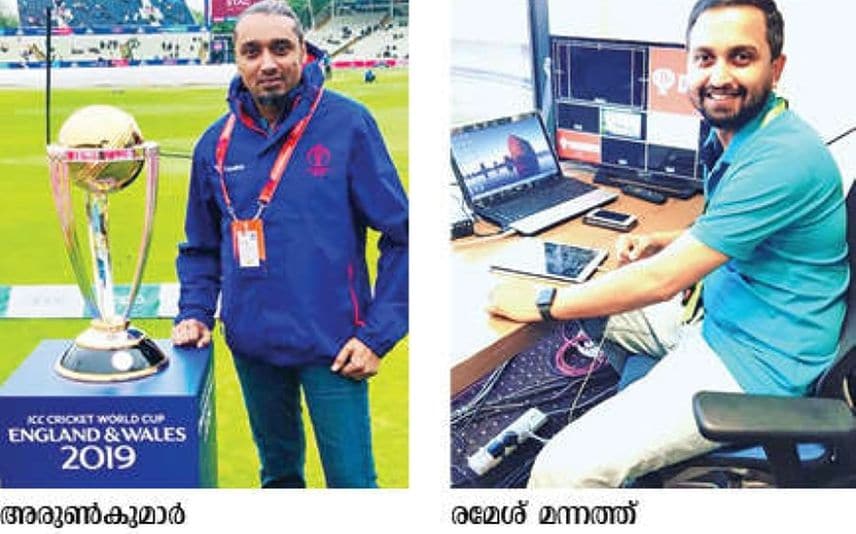 Dubai: IPL celebrations have come to an end. Even NRIs were not able to view the IPL matches that were held in UAE. However, there are 2 Keralites who can share the excitements of the tournament as they worked in the background.

Alappuzha native Arun Kumar and Thrissur native Ramesh Mannath were busy capturing the matches on camera and recording the statistics respectively. Arun Kumar is member of the BCCI-accredited panel and has captured many international tournaments. He knew that people could only watch the matches through TV as no fans were allowed in the stadium. This gave him an added sense of responsibility while watching the matches. Arun Kumar has been in this profession for 15 years and has traveled around the world to shoot cricket matches.

Ramesh Mannath is the only Keralite in IPL who is working as a scorer. A scorer needs to have the same concentration as that of an umpire. Ramesh is an expert in both electronic scoring and manual scoring. Ramesh said that this year’s IPL gave a different experience as there were no fans in the stadium and because a different software was used for putting up scores.

Apart from displaying the score on the screen, the scorer also has to show the record of each player, their history and teams on the big screen. Ramesh Mannath has worked in more than 80 international matches.