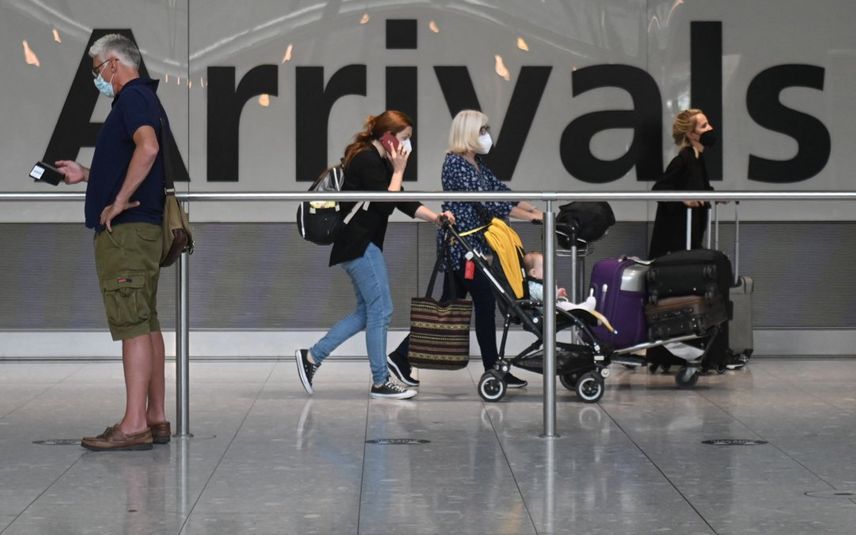 London: The UK government is under increasing pressure on Monday to review its COVID-19 vaccine protocol in place for travellers from India, after its updated rules effective from next month failed to recognise Indian vaccines under an expanded list of countries.

From October 4, the current traffic light system of red, amber and green countries based on levels of COVID-19 risk will be scrapped and replaced with one red list only.

The scrapping of an amber list, which is what India is currently on, means reduced PCR test cost burden only for some travellers. With an expanded list of countries whose vaccines are recognised in England not including India, it means that Indians vaccinated with Covishield – the Serum Institute of India produced Oxford/AstraZeneca vaccine – would still be required to undergo compulsory PCR tests as well as self-isolation at a designated address.

“Indian students are disturbed by what they feel is a discriminatory move as they are being treated differently to their counterparts from America and EU,” said Sanam Arora, Chair of the National Indian Students and Alumni Union (NISAU) UK, whose patron Congress party parliamentarian Shashi Tharoor cancelled his planned UK visit in retaliation of the "offensive" rules.

“At NISAU we have been calling out this issue of vaccine recognition, particularly in the case of Covishield, for weeks. Indian students are a huge contributor – being the second-largest to the annual GBP 28.8 billion revenue for the UK economy – and we are concerned about the signals such a move sends to Indian students and to India on the whole,” she said.

From October 4, travellers from 17 additional countries with eligible vaccines, including Australia, Japan, Singapore and Malaysia, will fall under the UK's list of recognised jabs of Oxford/AstraZeneca, Pfizer BioNTech, Moderna or Janssen vaccines.

The UK government's Department of Health and Social Care (DHSC) said this list is reviewed fortnightly. The DHSC, however, maintains that the India-made version of the Oxford/AstraZeneca vaccine so far approved by the UK's Medicine and Healthcare products Regulatory Agency (MHRA) is branded as Vaxzevria and therefore the only one currently eligible.

“We recognise there are a large variety of COVID-19 vaccines being administered worldwide and work is ongoing to determine which non-UK vaccines and certification solutions to recognise,” a DHSC source said.

The Indian government has previously said it is working with several countries to recognise India's vaccine certification on a “mutual reciprocal basis”.

The Indian High Commissioner to the UK, Gaitri Issar Kumar, had flagged this issue during the inaugural session of the Confederation of Indian Industry (CII) annual summit last week.

“Our governments have agreed that for early economic recovery it's absolutely necessary to work on recognition of vaccine certificates to facilitate free movement of our people, like before, including for professional and business reasons,” Kumar said.

Under the new rules from October 4, unvaccinated Indian travellers or those vaccinated in India must take a COVID test three days before departure and book in advance for two COVID tests to be taken upon arrival in England.

On arrival in England, the passengers must self-isolate in the place they have confirmed on their passenger locator form for 10 days. A privately paid-for "Test to Release" option does exist at day five, which allows an early end to the 10-day quarantine with a negative PCR test.