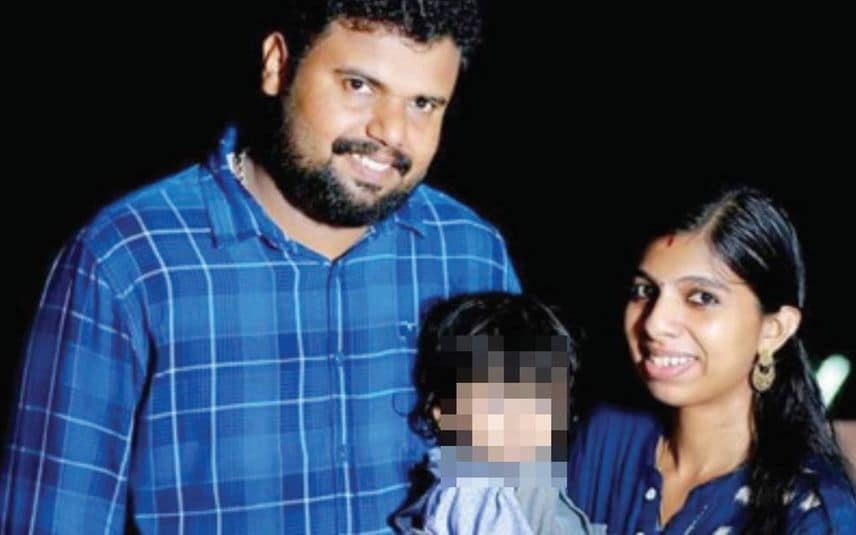 Paravur: An expatriate, his wife and child were found dead inside their house on Friday. The deceased was identified as Sunil (38), his wife Krishnendu (30) and son Arav Krishna of Vattaparambath house on Mills Road behind the Paravur private bus stand.

The child was found dead on the bed in the bedroom. The bodies of Sunil and Krishnendu were found hanging separately in two other rooms. The family has no record of financial problems or any other issues. Further, no suicide note was found. The police conclude that the parents have hanged themselves after killing the child. The baby also has ligature marks around the neck.

Sunil, working as a lift technician in Abu Dhabi, returned to Kerala six months ago following the Covid pandemic and was preparing to return.

A few days ago, Sunil and his family visited his wife’s house in Pachalam after Sunil's mother Latha was escorted to her ancestral home. The family returned home on Thursday and contacted Latha. They told her that they will fetch her on Friday.

However, his mother didn’t receive any phone calls from them. She made several calls but had nil response. Later, the three were found dead during a search by a relative at Sunil's house on Friday. It was also found that the front door of the house was ajar. The bodies have been shifted to Kalamassery Medical College.