Start-ups in Kerala poised to scale up procurement on GeM: Official 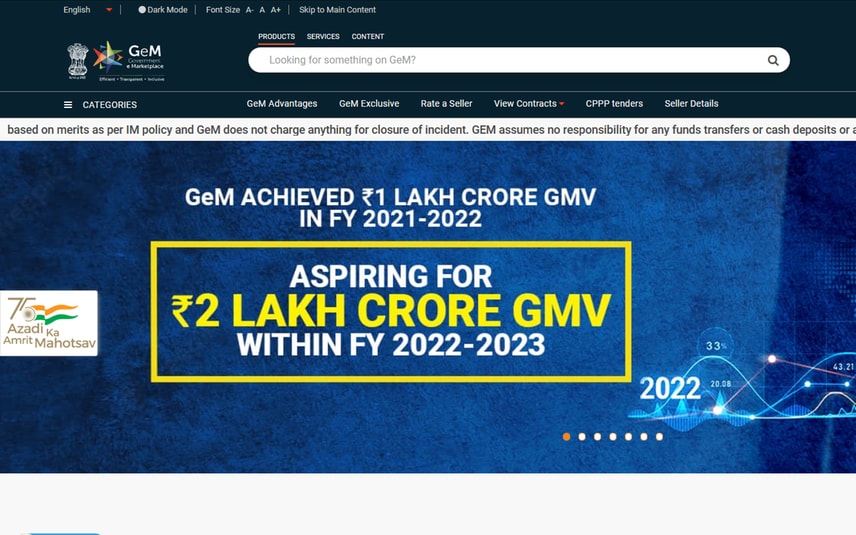 Kochi: Kerala has great scope in the Government e-Marketplace (GeM) due to its strong service sector and a vibrant start-up ecosystem, Deputy CM of GeM A V Muralidharan said on Monday.

Muralidharan said 1,17,740 sellers from the state have so far registered on the portal and the state has procured products and services worth Rs 962 crore since its inception till September 11, 2022.

The senior official was interacting with some of the sellers from Kerala who have registered on GeM, and the media during the 'GeM Seller Samvad' organised here.

The programme was jointly organised by GeM and Press Information Bureau (PIB), Kochi.

"To make the GeM portal more user-friendly, a regional language help-desk was being set up where help and assistance would be provided in 12 languages including Malayalam starting from October 2022," Muralidharan said.

He also pointed out that from procurement worth Rs 422 crore in 2017, GeM has come a long way since its inception and surpassed the milestone of Rs 1 lakh crore in the financial year 2021-22.

Programmes like 'Seller Samvad' were aimed at expanding the base of GeM by generating awareness, he added.

While detailing the latest initiatives of GeM, he pointed out that the portal was facilitating integration with the Postal Department to provide last mile support in packaging, logistics and shipment through speed post and business parcel.

It was also integrated with Udyam online portal for provisional registration of MSMEs, he said, adding that GeM had created specialised product categories to support indigenous products of local weavers and artisans.

During the interaction with the sellers, they talked about the role GeM was playing in making their ventures a success.

While sharing their success stories, sellers opined that GeM was offering them "an ocean of opportunities" through its standardised platform which ensured transparency in dealings and timely payment.

More than 25 sellers from across Kerala participated in the event.

GeM, the national public procurement portal of the country is an end-to-end online marketplace for buying goods and services. It was launched on August 9, 2016 and operates with the three main objectives of efficiency, transparency and inclusiveness.

'Seller Samvad' is being organised from 14 to 23 September, 2022 at 29 locations across the country to create awareness about the new features and functionalities of GeM among the sellers.

E-way bill to be introduced for carrying gold