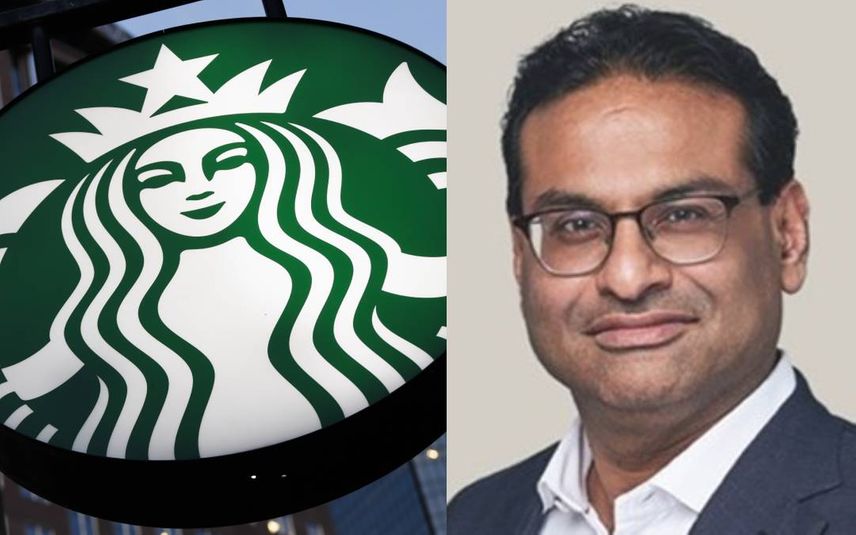 Narasimhan will join Starbucks on October 1, replacing Howard Schultz, who will continue as interim chief until April 2023.

The 55-years-old, Indian man has served as chief executive of the maker of Lysol and Enfamil baby formula, UK-based Reckitt Benckiser Group PLC.

"We really do believe that we have found an exceptional individual to be our next CEO. He's a tested leader," Starbucks board chairwoman Mellody Hobson said, The Wall Street Journal reported.

He will relocate from London to the Seattle area and join Starbucks as incoming CEO on October 1, the company said.

Explaining further Hobson said that Starbucks's board asked Schultz to remain as interim CEO until April 2023 to assist Narasimhan. Narasimhan will assume the CEO role and join the company's board on April 1, as per The Wall Street Journal.

As per the report, Narasimhan will take over the world's largest coffee chain in a number of locations and sales as it navigates a changing business landscape.

Earlier, Reckitt Benckiser informed that its Chief Executive Officer Laxman Narasimhan will step down at the end of September after three years in the role.