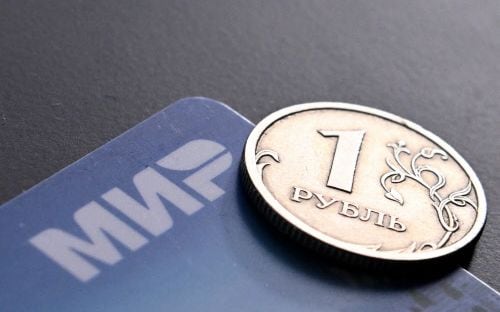 Mumbai: Welcoming India's stance on the Ukranian crisis, a senior Russian diplomat on Tuesday said Moscow and New Delhi are attempting to find a solution on the payments front amid the sanctions imposed on Russia by western countries.

The "complicated situation" created by the sanctions following the Russian invasion of Ukraine, where western countries and companies have ceased trade ties with Russia creates room for Indian exports, Aleksei Vladimirovich Surovtsev, the Consul General of Russia in Mumbai, said.

On payments for settling trade transactions, he said some solutions are in the works with Russian officials speaking to the Reserve Bank of India (RBI) and the government officials, he said while speaking on the sidelines of a seminar at the World Trade Centre here.

"Yeah, yeah these negotiations are going on between RBI and (our) central bank here (in Mumbai) and also in Delhi between our appropriate people and your government," he added.

Following Russia's invasion of Ukraine, the West has slapped a slew of sanctions on Russia and has also isolated the country from the payment systems, which puts question marks over settling of trades.

Surovtsev said that due to sanctions, Indian businesses can offer products and services which were being supplied by western companies till now and hence it is a big opportunity.

"Economic and financial sanctions forced on Russia present a special opportunity to boost our ties with friendly nations and India is a key partner in this task," he said.

Another Russian official handling trade ties said that only about 10 of the 500-odd Russian banks are facing sanctions and there are 490 other banks with whom transactions can be done.

The official declined to comment when asked specifically about talk of a rupee-rouble settlement mechanism being evolved, but maintained that the respective central banks does offer an exchange rate on currencies currently.

Surovtsev welcomed India's diplomatic response to the situation following the war in Ukraine.

It can be noted that so far, India has taken a neutral stance on the events at global forums like the UN, abstaining from motions sponsored by the West (to condemn Russian aggression) and by Russia.

Stating that Indo-Russian ties go back 75 years, the diplomat said that India was helped by the former USSR in 1971 war for the creation of Bangladesh by splitting Pakistan.

"It is a time tested conclusion that Russia can rely on India and India can rely on Russia. Our countries will be together in the future," Surovtsev said. PTI