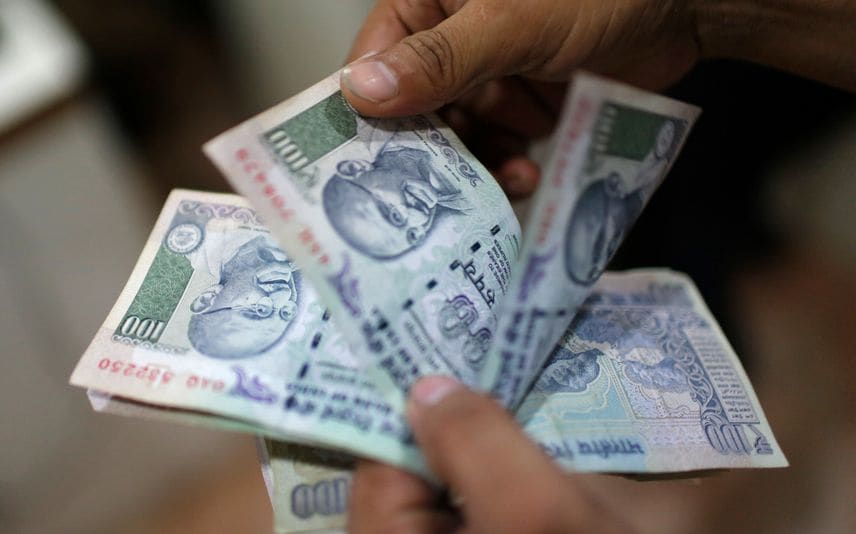 Mumbai: Falling for the fourth session in a row, the rupee slid by 18 paise to close at a record low of 79.03 against the US dollar on Wednesday, weighed down by a rise in crude oil prices, a strong dollar overseas and persistent foreign capital outflows.

At the interbank foreign exchange market, the rupee opened lower at 78.86 against the greenback and finally settled at 79.03, down 18 paise over its previous close.

During the session, the rupee touched an all-time low of 79.05 against the American currency.

On Tuesday, the rupee plunged by 48 paise to close at the record low of 78.85 against the US dollar.

The domestic unit has lost 1.97 per cent so far this month and has eroded a staggering 6.39 per cent since the start of this year.

Meanwhile, the dollar index, which gauges the greenback's strength against a basket of six currencies, was trading 0.13 per cent higher at 104.64.

The sentiment remains feeble for the rupee amid foreign fund outflows and fear of dollar shortages following quantitative tightening from the US Federal Reserve.

"The short-term outlook for spot USD/INR remains bullish and one can see a level of 79.10 in the coming days, while on the lower side support has been shifted to 78.38," Parmar said.

"The Indian rupee has continued to move on the downhill journey since the beginning of the year, amid a backdrop of heavy foreign fund outflows from the domestic markets, strength in the safe-haven dollar towards two-decade highs, and firming crude oil prices," said Sugandha Sachdeva, Vice President - Commodity and Currency Research, Religare Broking Ltd.

The backdrop of heated inflation, prolonged COVID-19 lockdowns in China, the monetary tightening campaign of the key central banks, and supply chain disruptions caused by the Russia-Ukraine war are clouding the outlook for global economic activity and have led to steep depreciation of the rupee against the dollar by over 6.30 per cent so far this year.

"Even as the rupee holds a depreciation bias in the near-term, we envisage that the rupee would manage to reverse some of the losses in the second half of the year," Sachdeva said, adding that strong long-term fundamentals, political stability, and a large pile of forex reserves are likely to provide a cushion to the Indian rupee around the crucial 80 mark.

According to Sriram Iyer, Senior Research Analyst at Reliance Securities, the Indian rupee ended at new lows as fears of a global recession risks increased due to aggressive policy tightening by central banks.

Rumours of dollar sales by the Reserve Bank of India capped further weakness below 79 levels this Wednesday.

Most Asian and emerging market peers were weak while crude oil prices continued to gain this Wednesday afternoon trade and weighed on sentiments.

In the overseas markets, the Dollar Index remained firm this Wednesday's afternoon session in Asia as investors awaited the speech from Fed Chair Powell for fresh triggers.

Foreign institutional investors were net sellers in the capital market on Wednesday as they offloaded shares worth Rs 851.06 crore, according to stock exchange data. PTI