Rupee falls 13 paise to 79.91 against dollar ahead of US Fed meeting

The Indian rupee declined nearly 13 paise to close at 79.91 against the US dollar on Wednesday as investors remained cautious ahead of US Federal Reserve meeting outcome. 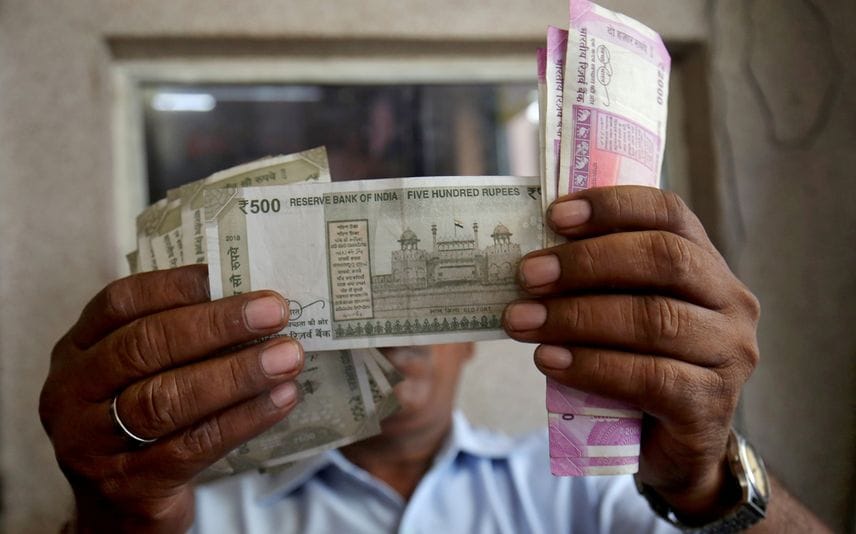 Mumbai: The Indian rupee declined nearly 13 paise to close at 79.91 against the US dollar on Wednesday as investors remained cautious ahead of US Federal Reserve meeting outcome.

At the interbank foreign exchange market, the rupee opened at 79.83, and moved in a thin band to finally end at 79.91, which is 13 paise lower than its previous close of 79.78 on Tuesday.

"Rupee traded weak by 0.10 points at 79.90 drawing down on back of crude strength as Brent crossed above $104$ keeping pressure on rupee. Fed policy later in day shall give further impetus to dollar as any hawkish stance gives support to dollar and neutral statement can bring down the dollar," said Jateen Trivedi, VP Research Analyst at LKP Securities.

The dollar index, which gauges the dollar's strength against a basket of 6 currencies, fell 0.19 per cent to 106.98. However, Brent crude oil prices remained higher at $104.23 per barrel, which is also putting some pressure on the Indian currency.

Along with this, market participants said that the rupee also faced pressure from the outflows by the foreign institutional investors, but the domestic equities, which ended in green, cushioned the pressure on rupee.

"Nifty broke a two day losing streak on July 27 ahead of the US Fed meet outcome in the evening. Nifty opened flat and inched up through the day and ended almost at the intra day high," Deepak Jasani, Head of Retail Research, HDFC Securities, said.

Analyst expect rupee to depreciate further going forward on expectations aggressive rate hike by the US Federal Reserve. "The rupee range can be seen between 79.50-80.25," Trivedi added. IANS

Rupee plunges 37 paise to close at all-time low of 81.90 against US dollar