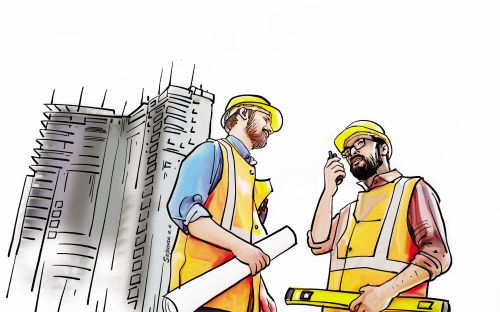 Thiruvananthapuram: The state government has decided to renew the property tax of Kerala by March 31. It has also been decided to revamp the tax annually from the next financial year onwards.

The tax for the houses with floor area over 3,000 square feet will be increased by 15 per cent. The renewed tax rate will be applicable for the houses built from April 1.

The decision to set a limit for the increase in property taxes of a specific kind of houses will be revoked. The cabinet meeting on Wednesday approved the recommendations put forward in the second report of the sixth Finance Commission regarding this.

GIS system will be introduced to collect the tax regularly without delay. A special team will be entrusted to solve the complaints raised over the software.

The cabinet has given a nod to fix the entertainment tax rate at 10 per cent. The local self governing institutions have to set up softwares to calculate the entertainment tax for the ticket distribution at cinema theatres. Those theatres which possess their own softwares have to set up bridge software for sharing data with the local governing bodies.

The advertisement boards fixed for commercial purpose on roadside will be brought under the limit of licence fees. The cabinet has also approved the demand for reforming the tax rate imposed on the mobile towers.

Property tax to be hiked by 5 pc every year; tax rate to be half for houses between 50-60 sqm

Online services at 309 panchayats in Kerala to be disrupted on April 1,2,3