This is the second straight day of a price increase. Rates were hiked by 25 paise each on Wednesday after a five-day hiatus. 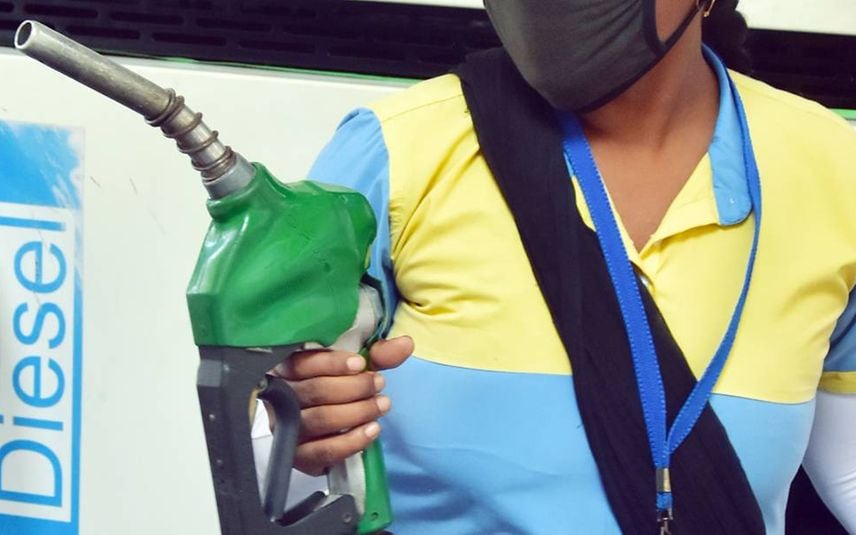 New Delhi: Petrol and diesel prices on Thursday were hiked by 25 paise per litre each, the second straight day of increase in rates that took the prices to new highs.

Petrol now costs Rs 84.70 per litre in Delhi and diesel is priced at Rs 74.88, according to a price notification from oil marketing companies.

This is the second straight day of a price increase. Rates were hiked by 25 paise each on Wednesday after a five-day hiatus.

Petrol price is at a record high in Delhi and is just a shy away from the highest ever rate of Rs 91.34 in Mumbai. Diesel price in Mumbai is at an all-time high.

Rates were hiked on two consecutive days - totalling 49 paise for petrol and 51 paise for diesel - before they hit a pause button again.

The price increase cycle resumed on Wednesday, after international oil prices rose to their highest level since February 2020, before the coronavirus outbreak in China began spreading across the world, forcing lockdowns that shaved off demand.

Rates, however, eased a bit on Thursday with Brent down 11 cents to USD 55.95 per barrel while NYMEX light sweet crude was down 10 cents at USD 52.81.

The highest ever rate of diesel in Delhi was touched on October 4, 2018, when it touched Rs 75.45 a litre mark. On that day petrol was priced at Rs 84. In Mumbai, the highest level for petrol was also on the same day when it scaled to Rs 91.34.

The government had responded to the situation in October 2018, by cutting excise duty on petrol and diesel by Rs 1.50 per litre in a bid to ease inflationary pressure and boost consumer confidence. Alongside, state-owned fuel retailers cut prices by another Re 1 a litre, which they recouped later.

Though petrol and diesel rates are to be revised on a daily basis in line with benchmark international price and foreign exchange, government-controlled fuel retailers have been moderating rates since the pandemic broke out.

This after they adjusted a Rs 13 per litre hike in excise duty on petrol and Rs 15 a litre on diesel, against a decrease in the retail selling price that was warranted by crude oil prices falling to an average of USD 19 per barrel in April.

With international oil prices rebounding from the lows of April, retail rates in India too were revised. Since May 2020, petrol price has risen by Rs 15.04 per litre and diesel by Rs 12.59 a litre, price notifications of oil companies showed.