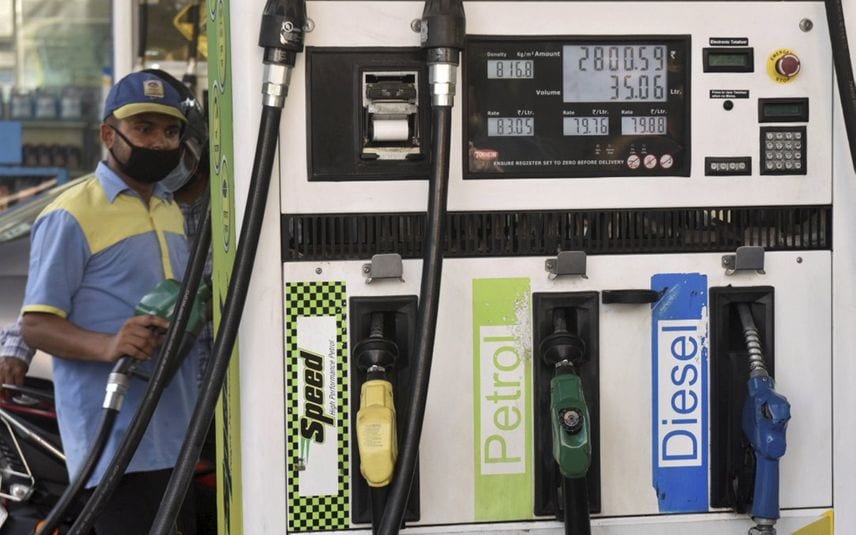 New Delhi: Petrol and diesel prices rose sharply by 25 paise per litre on Wednesday after oil marketing companies decided to break the momentary pause in the wake of a sudden spike in the global oil prices.

Accordingly, in the national capital, petrol was sold at the new record high level of Rs 84.45 from the previous days of Rs 84.20 a litre while diesel price increased to Rs 74.63 per litre as against Rs 74.38 a litre earlier.

Across the country as well the pump price of petrol and diesel increased on Wednesday but the quantum varied depending on the prevailing tax structure in each state.

But, the OMCs ran out of patience on Wednesday as global crude prices have risen sharply lately taking benchmark Brent crude price to over $57 a barrel now and rising. The rise is primarily on account of Saudi Arabia's decision on unilateral production cuts to balance oil prices on pandemic affected demand reduction in an oversupplied market.

At Rs 84.45 a litre in Delhi, petrol price has breached the highest level in the national capital after October 4, 2018, when the rate had risen to Rs 84 a litre.

The OMCs' patience of holding back fuel prices was broken last week on Wednesday when they increased the retail price of petrol and diesel for the first time this year after over a month-long pause.

Petrol price was very close to breaching the all-time high level of Rs 84 a litre (reached on October 4, 2018) when it touched Rs 83.71 a litre on December 7, 2020. But the march had been halted ever since then with no price revision by the OMCs.

Oil companies executives said that petrol and diesel prices may increase further in coming days as retail prices may have to be balanced in line with global developments to prevent OMCs from making losses on the sale of auto fuels.