The launch of these two schemes -- Reserve Bank's Retail Direct Scheme and Integrated Ombudsman Scheme -- will expand investment opportunities in the country and ensure easier access to capital markets with simple and secure mechanism. 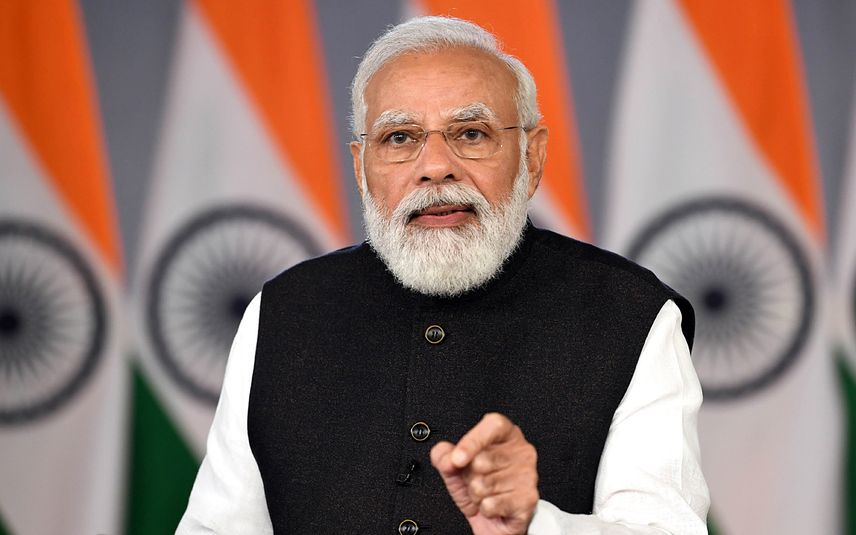 The launch of these two schemes -- Reserve Bank's Retail Direct Scheme and Integrated Ombudsman Scheme -- will expand investment opportunities in the country and ensure easier access to capital markets with simple and secure mechanism, he said while launching schemes through video conferencing.

At the same time, he said, Retail Direct Scheme will also help in garnering funds for development works.

Retail direct scheme has given small investors in the country a simple and safe medium of investment in government securities. Similarly, One Nation, One Ombudsman System has taken shape in the banking sector with the Integrated Ombudsman Scheme today, he said.

The Integrated Ombudsman Scheme seeks to merge other ombudsman schemes making it a One Nation, One Ombudsman System for the entire financial sector.

Observing that one of the biggest touchstones of any democracy is the strength of its grievance redressal system, he said, the Integrated Ombudsman Scheme will go a long way in that direction.

"Similarly, the Retail Direct Scheme will give strength to the inclusion of everyone in the economy as it will bring in the middle class, employees, small businessmen and senior citizens with their small savings directly and securely in government securities. As government securities have the provision of guaranteed settlement, this gives assurance of safety to the small investor," he said.

Stressing that a strong banking system is essential for an economy, Modi said the government has taken several measures to strengthen the financial health of the public sector banks.

Highlighting that banking sector reforms ranging from inclusion in the financial sector to technological integration have been carried out in the past few years, he said, “we have seen their strength in this difficult time of COVID. The decisions of the RBI also helped in increasing the impact of the big decisions that the government has taken in recent times."

Lamenting that banking, pension and insurance sector used to be like an exclusive club in India till 6-7 years ago, he said, all these facilities were not accessible to the common citizens in the country, poor families, farmers, small traders-businessmen, women, dalits-deprived-backward, etc.

Criticizing the earlier system, the Prime Minister said "those who had the responsibility of taking these facilities to the poor never paid any attention to it. Rather, various excuses were made for not changing. It was said that there is no bank branch, no staff, no internet, no awareness, no idea what the arguments were."

On the importance of fintech, he said Unified Payments Interface (UPI) has made India the world's leading country in terms of digital transactions in a very short span of time.

"In just 7 years, India has jumped 19 times in terms of digital transactions. Today our banking system is operational 24 hours, 7 days and 12 months anytime, anywhere in the country," he said.

Praising efforts undertaken by the Finance Ministry and institutions like RBI during the pandemic, he said, "This period of Amrit Mahotsav, this decade of the 21st century is very important for the development of the country. In such a situation, the role of RBI is also very big. I am confident that Team RBI will live up to the expectations of the country.”

He underlined the need to strengthen trust and confidence of investors in the financial market.

"We have to keep the needs of the citizens of the country at the center and keep on strengthening the trust of the investors. I am confident that RBI will continue to strengthen India's new identity as a sensitive and investor-friendly destination,” he said.

Speaking on the occasion, Finance Minister Nirmala Sitharaman said the coordinated effort of both the finance ministry and RBI in time has led to recovery of economy hit by COVID-19 pandemic.

As a result of concerted efforts, she said, the economic revival is taking place at faster than expected pace.

She said the Retail Direct Scheme will facilitate retail participation, deepen the bond market and allow for a fair market determined rates for all the across the yield curve.

RBI Governor Shaktikanta Das said the central bank has been leveraging technology and innovation for enhancing the efficiency of its services.

"The Reserve Bank with its multifarious role touches the lives of people in varied ways. Be it through the currency system, the banking system, the financial markets, or the 24 into 7 seamless digital payments," he said.

The scheme offers retail investors a new avenue for directly investing in the securities issued by the Centre and the state governments. The investors will be able to easily open and maintain their government securities accounts online with the RBI for free. PTI

Plea seeking review of verdict on demonetisation filed in SC

Regulators should be on their toes to keep market stable, Adani issue company ...