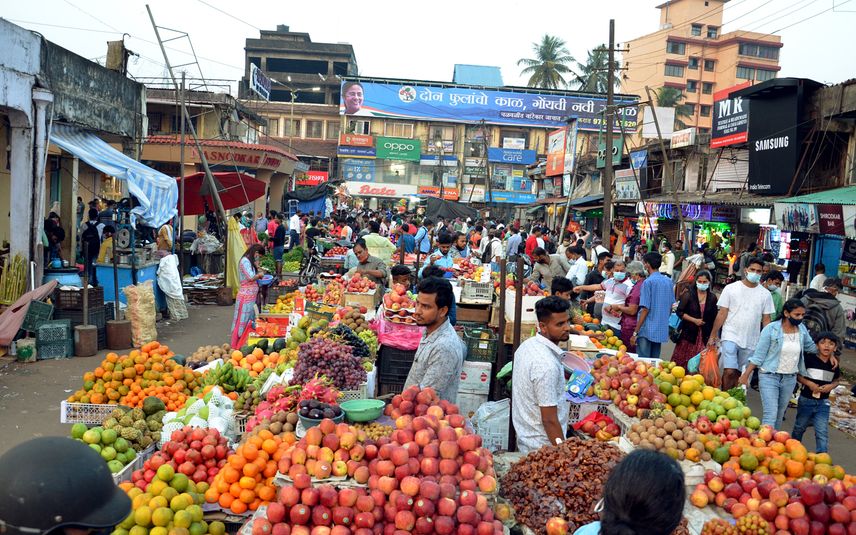 New Delhi: After declining for three months, retail inflation rose to 7 per cent in August due to higher food prices which may prompt the Reserve Bank of India to go for another rate hike later this month to tame price rise.

The Consumer Price Index (CPI) based inflation, which is factored in by RBI while deciding the monetary policy, has remained above the central bank's comfort level of 6 per cent for eight months in a row.

On an annual basis, the rate of price rise was in excess of 10 per cent in the case of vegetables, spices, footwear, and 'fuel and light'.

However, there was contraction in inflation in egg and almost flat in protein rich 'meat and fish' in August.

The government has tasked RBI to ensure CPI inflation remains at 4 per cent with a margin of 2 per cent on each side.

The RBI Governor-headed Monetary Policy Committee (MPC) is scheduled to be held from September 28 to 30.

The key short-term lending rate (repo) has been raised by 140 basis points in three tranche since May this year. The last two hikes were 50 basis points each.

Aditi Nayar, Chief Economist with ICRA, said the sequential hardening in inflation was largely driven by broad-based rise across the food segment, with a higher inflation in cereals, pulses, milk, fruits, vegetables, and prepared meals and snacks.

"We now foresee a higher likelihood that the MPC will stick to the new normal rate hike of 50 bps in its September 2022 meeting, with the headline inflation having reversed to 7 per cent in August 2022" she said.

Former RBI Executive Director and MPC Member Mridul Saggar said inflation is continuing to be higher than comfortable but is expected to trend down from October.

"With some more rate hikes, the problem of negative real deposit rates can be addressed... inflation could trend down from October due to base effects, lagged impact of monetary policy tightening and expected improvement in supply chains," he said.

NSO said the price data were collected from selected 1,114 urban markets and 1,181 villages covering all States/UTs.

Narender Wadhwa, President of the Commodity Participants Associations of India (CPAI), said that retail inflation rising to 7 per cent is worrisome.

"This figure may pressurise RBI to hike rates more aggressively to tame surging prices even at the cost of the economy," he said and added that inflation is a global phenomena and all countries are grappling with it.

As per the data, the retail inflation in rural and urban India was 7.15 per cent and 6.72 per cent, respectively.

The inflation was above 8 per cent in West Bengal, Gujarat and Telangana.