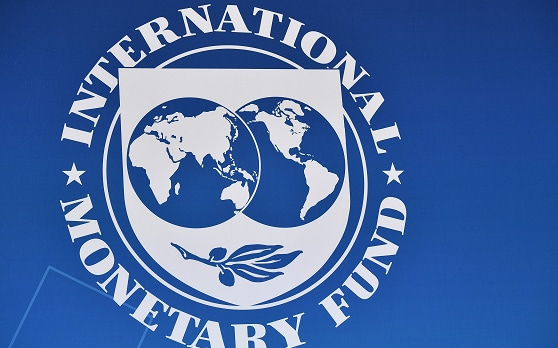 The IMF in its World Economic Outlook update July 2022, released Tuesday, said that the global economy, which is still reeling from the pandemic and Russia's invasion of Ukraine, is facing an increasingly gloomy and uncertain outlook.

“This reflects stalling growth in the world's three largest economies — the United States, China and the euro area — with important consequences for the global outlook.”

It added that downgrades for China and the United States, as well as for India, are driving the downward revisions to global growth during 2022–23. This reflects the materialisation of downside risks highlighted in the April 2022 World Economic Outlook: a sharper slowdown in China due to extended lockdowns, tightening global financial conditions associated with expectations of steeper interest rate hikes by major central banks to ease inflation pressure, and spillovers from the war in Ukraine.

It said for emerging markets and developing economies, the negative revisions to growth in 2022–23 reflect mainly the sharp slowdown of China's economy and the moderation in India's economic growth.

“The outlook for India has been revised down by 0.8 percentage point, to 7.4 per cent. For India, the revision reflects mainly less favourable external conditions and more rapid policy tightening,” the Outlook said.

India's 7.4 per cent GDP growth for fiscal year 2022 is the second highest growth projection after Saudi Arabia's 7.6 per cent.

In April, the IMF had projected a “fairly robust” growth of 8.2 per cent for India in 2022, that would have made it the fastest-growing major economy in the world, almost twice faster than China's 4.4 per cent.

Lower growth earlier this year, reduced household purchasing power, and tighter monetary policy drove a downward revision of 1.4 percentage points in the United States, with the country's growth projected to slow down to 2.3 per cent in 2022 from 5.7 per cent last year. In China, further lockdowns and the deepening real estate crisis have led growth to be revised down by 1.1 percentage points to 3.3 per cent growth in 2022, with major global spillovers.

In Europe, significant downgrades reflect spillovers from the war in Ukraine and tighter monetary policy. Global inflation has been revised up due to food and energy prices as well as lingering supply-demand imbalances, and it is anticipated to reach 6.6 per cent in advanced economies and 9.5 per cent in emerging market and developing economies this year—upward revisions of 0.9 and 0.8 percentage point, respectively. In 2023, disinflationary monetary policy is expected to bite, with global output growing by just 2.9 per cent.

IMF said that with increasing prices continuing to squeeze living standards worldwide, taming inflation should be the first priority for policymakers.

“Tighter monetary policy will inevitably have real economic costs, but delay will only exacerbate them. Targeted fiscal support can help cushion the impact on the most vulnerable, but with government budgets stretched by the pandemic and the need for a disinflationary overall macroeconomic policy stance, such policies will need to be offset by increased taxes or lower government spending,” it said.

“Policies to address specific impacts on energy and food prices should focus on those most affected without distorting prices. And as the pandemic continues, vaccination rates must rise to guard against future variants. Finally, mitigating climate change continues to require urgent multilateral action to limit emissions and raise investments to hasten the green transition,” it said. PTI