In the absence of sound regulation offered by the RBI, cooperatives were prone to mishandling of depositors' money. A case in point is the last year's PMC scam. 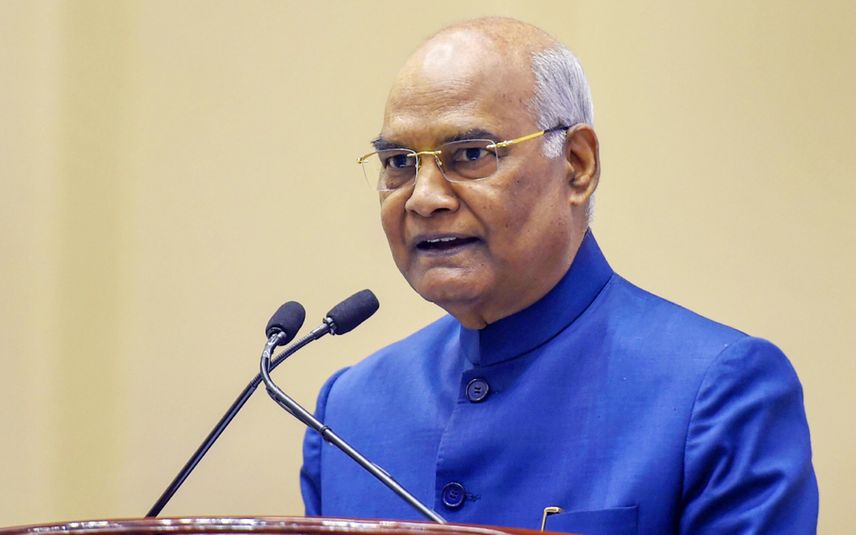 New Delhi: The Centre has brought urban and multi-state cooperative banks under the direct supervision of the Reserve Bank with President Ram Nath Kovind promulgating the Banking Regulation (Amendment) Ordinance, 2020.

The government had issued ordinance to operationalise new provisions of the Act quickly in the interest of millions of depositors who use the cooperative channel to undertake banking transactions including making deposit of their hard earned money.

In the absence of sound regulation offered by the RBI, cooperatives were prone to mishandling of depositors' money. A case in point is the last year's PMC scam.

"In pursuance of the commitment to ensure safety of depositors across banks, the President has promulgated the Banking Regulation (Amendment) Ordinance, 2020," a finance ministry statement said on Saturday.

"The Ordinance seeks to protect the interests of depositors and strengthen cooperative banks by improving governance and oversight by extending powers already available with RBI in respect of other banks to Co-operative Banks as well for sound banking regulation, and by ensuring professionalism and enabling their access to capital," the statement added.

The amendments to Banking Regulation Act, 1949 does not affect existing powers of the State Registrars of Co-operative Societies under state co-operative laws. It will also not apply to Primary Agricultural Credit Societies (PACS) or co-operative societies whose principal business is long-term finance for agricultural development, and which do not use the word "bank" or "banker" or "banking" and do not act as drawees of cheques.

"Given the increased instances of corporate governance lapses and the heightened concerns on the safety of the retail deposits in co-operative banks, we believe that bringing the sector under complete RBI regulation at par with other scheduled commercial banks will go a long way in improving its health and operating practices," said Suman Chowdhury, Chief Analytical Officer, Acuite Ratings & Research.

The ordinance will bring 1,482 urban and 58 multi state cooperative banks having over 8 crore depositors and estimated deposits of Rs 4.84 lakh crore under the supervisory powers of RBI. Since this sector had been under dual regulation involving the Registrar of Co-operatives, RBI didn't have adequate jurisdiction over these banks.

The Ordinance also amends Section 45 of the BRA, to enable making of a scheme of reconstruction or amalgamation of a banking company for protecting the interest of the public, depositors and the banking system and for securing its proper management, even without making an order of moratorium, so as to avoid disruption of the financial system.

"It will also provide comfort to the depositors who have partly or fully lost their deposits in the past and stablise the deposit flows in these banks. Some of them may need to raise capital from their members to mitigate their asset quality risks and further, a consolidation in this space may get a momentum involving the merger of weaker banks into stronger ones," Chowdhury said.

In February, the BRA was amended to give RBI more regulatory powers over cooperative banks. However, these amendments failed to be passed through the Budget session due to Covid-19 outbreak.

Currently, RBI can not audit or give its consent for the appointment of the bank's CEO, without these new powers.