Budget 2020 has both vision and action: PM Modi 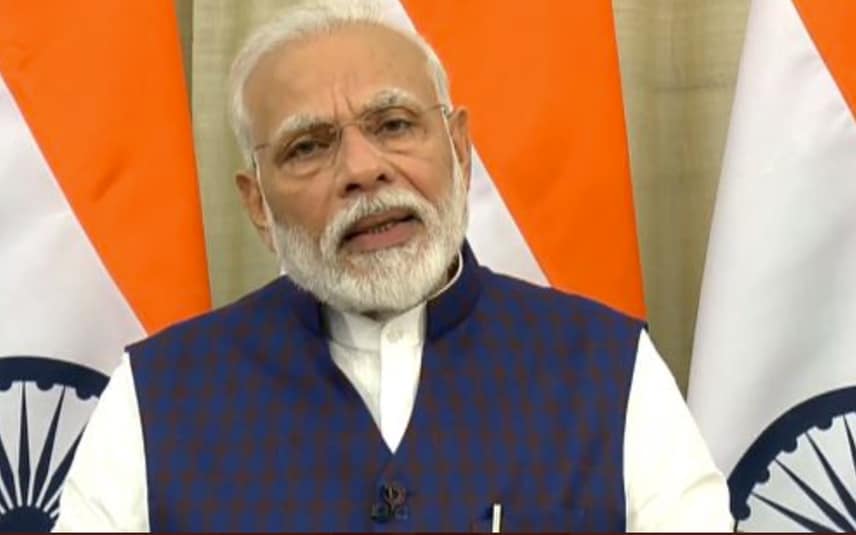 New Delhi: Asserting that the Union Budget will accelerate the economic growth, financially empower every citizen and strengthen the foundation of the economy in the new decade, Prime Minister Narendra Modi on Saturday heaped praise on it for having both "vision and action".

He also said provision of faceless appeal, new and simple structure of direct tax, move towards unified procurement system, stress on disinvestment are some of the steps which will reduce the government out of people's lives and will enhance their "ease of living".

"I believe that this budget will increase income and investment, increase demand and consumption, bring new vigour in the financial system and credit flow," he said

The budget, Modi noted, will meet the current needs of the country as well as the future expectations in the decade.

"The new reforms announced in the budget will work to accelerate the economy, financially empower every citizen of the country and strengthen the foundation of the economy in this decade," Modi said in his comments.

Noting that the main areas of employment are agriculture, infrastructure, textiles and technology, he said the four have been given great emphasis in the budget to increase employment generation.

Referring to the government's efforts to double the income of farmer, he said 16 action points have been created which will serve to increase employment in rural areas.

Integrated approach has been adopted for the agriculture sector in the budget, which along with traditional methods will increase value addition in horticulture, fisheries, animal husbandry and also increase employment, he said.

"Under the Blue Economy, the youth will also get new opportunities in the field of fish processing and marketing," Modi noted.

According to the World Bank, the blue economy is the sustainable use of ocean resources for economic growth, improved livelihoods, and jobs while preserving the health of ocean ecosystem.

The prime minister said new mission for technical textile has been announced. Man-made fibre has been reformatted into the duty structure of its raw material to be produced in India. This reform was in demand for the last three decades, he pointed out.

Referring to the Ayushman Bharat scheme, Modi said it has given a new expansion to the health sector of the country.

"In this sector, there has been a lot of scope for human resources - doctors, nurses, attendants as well as medical device manufacturing. New decisions have been taken by the government to increase it," he said.

The Ayushman Bharat Yojana, also known as the Pradhan Mantri Jan Arogya Yojana (PMJAY), is a scheme that aims to help economically vulnerable Indians who are in need of healthcare facilities.

Prime Minister Modi had rolled out the scheme in September 2018.

He said in the budget, the government has made several special efforts to promote employment generation in the field of technology.

A number of policy initiatives have been taken for areas such as new smart cities, electronic manufacturing, data centre parks, biotechnology and quantum technology.

He hoped that India will move strongly towards becoming an integral part of the global value chain.

He pointed out that new and innovative initiatives have been announced regarding skill development of youth.

"For example, apprenticeships in degree courses, internships in local bodies and provision of online degree courses. Bridge courses are also being arranged for young people from India who want to go abroad for jobs," he said.

Modern infrastructure is of great importance for modern India, he said, adding that the infrastructure sector is also a large employment generator. "Construction of 6,500 projects from Rs 100 lakh crore will increase employment opportunities in a big way. The National Logistics Policy will also benefit trade, business and employment. In the field of infrastructure, we will give new power to youth energy through start-ups and through project development," he said.

Describing investment is the biggest driver for employment, he said some historical steps have been taken in this direction.

Arrangements are being made to strengthen the bond market and for long-term financing of the infrastructure, he said.

Due to the removal of the dividend distribution tax, Rs 25,000 crore will come in the hands of companies which will help them in further investments.

Various tax concessions have been given to attract outside investment into India. Tax benefits have also been provided for start-ups and real estate. All these decisions will accelerate the economy and through this will provide new employment opportunities to the youth.

He said the rights of taxpayers will be explained in the taxpayer charters.

"Our government has always relied on small entrepreneurs associated with MSMEs. Audit on turnover up to Rs 5 crore will no longer be required," he said.

Steps like establishing a common online exam for government jobs, Kisan Rail and Krishi Udaan are going to have long-term benefits for a cross section of citizens.

He said to get government jobs, youth have to take many different exams and travel to places.

"Changing this arrangement, appointments will now be made through the online Common Examination taken by the National Recruitment Agency," he said. PTI