Youth tries to kill himself after hacking woman in Kozhikode 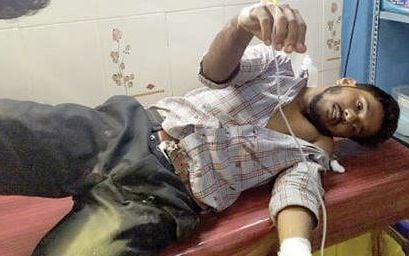 Nadapuram: A youth attempted suicide after hacking and injuring a woman in Nadapuram on Thursday. The girl was rushed to the hospital with serious injuries to the back of the head.

A senior officer of Nadapuram police station said the incident occurred around 2.30 PM when the woman was apparently on her way home.

The youth tried to kill self soon after injuring the girl. However, he was hospitalised and later taken into custody by the police.

The woman in her twenties suffered serious injuries after she was hacked with a sharp weapon, and her health condition is still critical, police said.

The victim's health condition is critical and she is on a ventilator, he added.

Since statements of neither the victim nor the alleged assailant could be recorded, it could not be said with any certainty what was the reason behind the attack or what was the relationship, if any, between them, he said.

He, however, said that they must be known to each other.

A person who claims to have witnessed the attack told media that the man was allegedly waiting on the wayside on his bike for sometime and when the woman arrived there, both of them talked briefly before the man repeatedly hacked her with a sharp weapon.