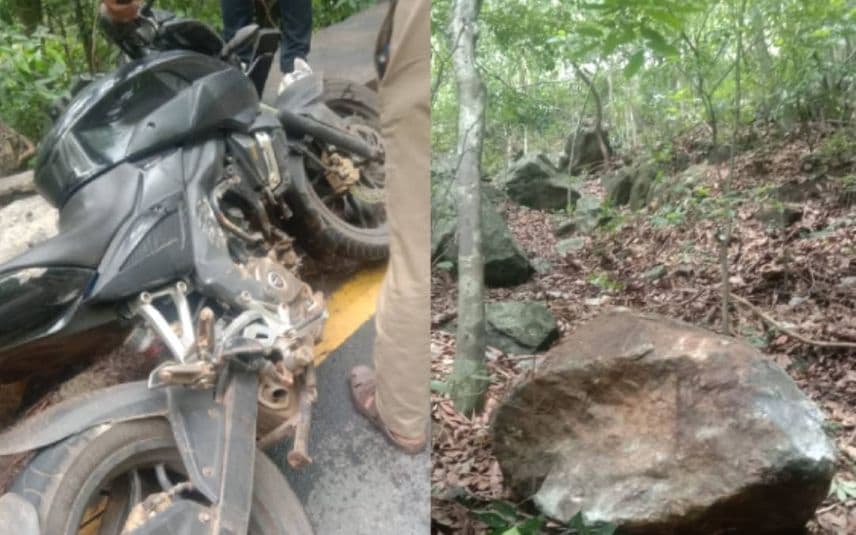 Kozhikode: A 20-year-old youth was killed after falling into a gorge while travelling through Thamarassery ghat road on a bike. The deceased is identified as Malappuram native Abhinav, son of Babu. Aneesh (26) who was riding with him injured in the accident.

According to reports, the accident took place when a stone suddenly fell on the bike riders while crossing the sixth curve on Thamarassery ghat. The stone was displaced after a tree got uprooted in the heavy rains. When the stone fell on the youth, the bike lost its control and the duo fell into the gorge.

The young men were rushed to Kozhikode medical college by the natives.

Abhinav who suffered a leg fracture was in critical condition and breathed his last while undergoing treatment.