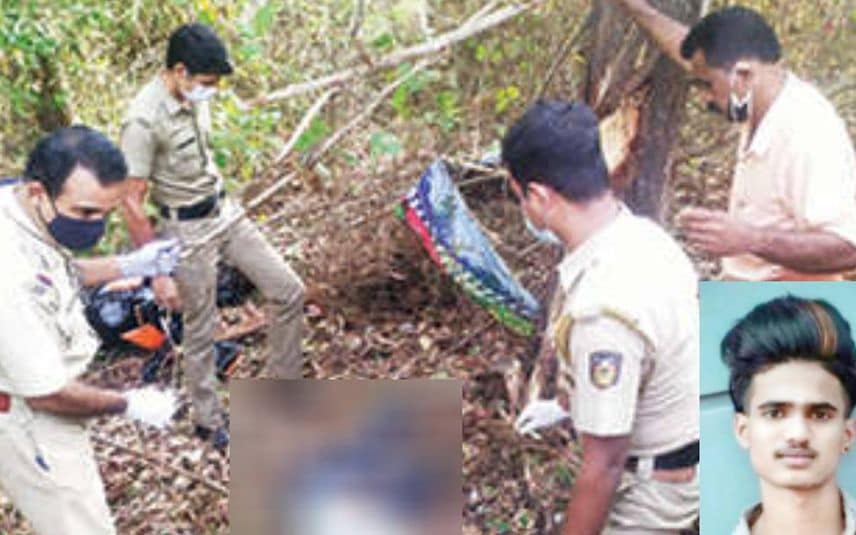 Poinachi (Kasaragod): A young man who went missing after returning home from attending a temple festival was found dead in a ditch after a 22-hour long search. Vijesh (20), a Kasargod native, died after his bike lost control and landed in the ditch at Koolikunnu on Chattanchal-Kalanadu road.

Vijesh and his friends had returned on separate bikes by Sunday midnight after attending the temple festival. After reaching home, his friends tried to reach Vijesh through mobile phone. However, he was not attending the calls.

The relatives complained to the police after receiving no information till Monday morning. Police, with the help of a cyber cell, tracked the tower location of the phone used by Vijesh.

Later, Vijesh's body was found in a pit around 11 pm on Monday following a search by locals. Earlier, a car overturned in the same location a few months ago.

"The bike, which was coming towards Chattanchal, hit a tree after losing control and fell into a ditch. No foul play was involved in the incident," a police official said.

Vijesh's body was found with his helmet on. The bike was also nearby. The transparent shield on the front of the helmet was broken. Vijesh has injuries on his body as a result of the fall. As it was a danger zone, the locals had earlier installed four CCTV cameras in the area. The accident was recorded by the CCTV camera.