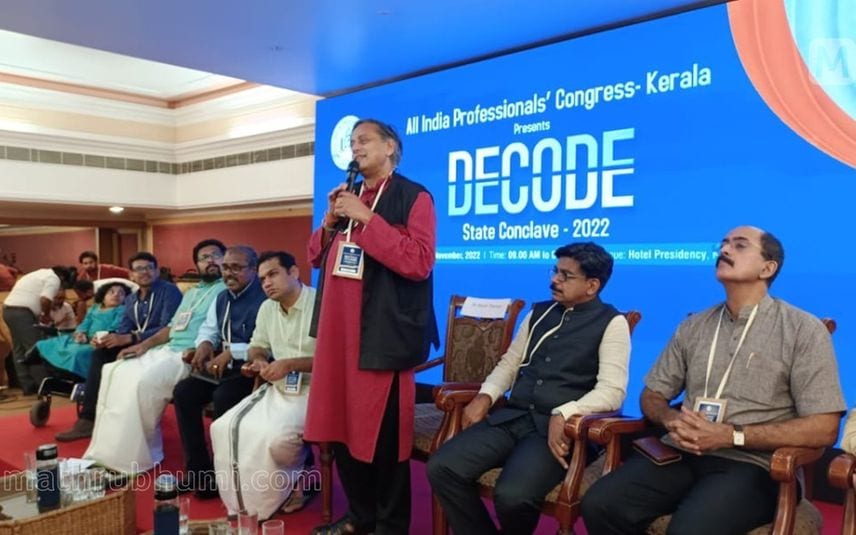 Kochi: Youth leaders of Congress showered praise on MP Shashi Tharoor who is the eye of the storm of the latest controversy in the party in Kerala.

Tharoor has been attending several events in the state recently, sending a message that he may be a potential challenge to the existing party leadership.

Won't allow any kind of sectarianism in ...

Kuzhalnadan, using football analogy, said only ‘forward players’ who score will be remembered. Tharoor had earlier said that he was not here to “sit on the bench.”

Sabarinathan said the party would benefit if no one was made to sit on the bench.

Hibi said Congress should utilise the capabilities of Tharoor.