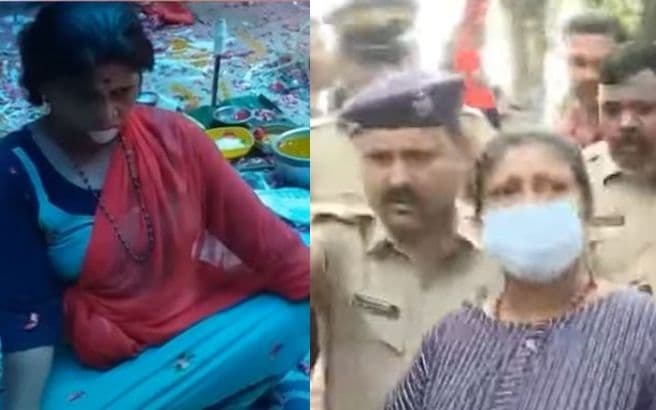 Pathanamthitta: Youth organisations vandalised 'Vasanthi Madom', a 'witchcraft centre' in Pathanamthitta, after a video of a child fainting while attending a 'treatment session' here went viral.

Protestors destroyed a part of the centre located in Malayalapuzha village. Vasanthi, alias Shobana, who ran the treatment centre, was later taken into custody by police.

After the video evoked flak from netizens on Wednesday, DYFI and Youth Congress members protested and demanded authorities to close down the place.

DMK to launch protest in Tamil Nadu against ...

The institution, running for the past six years, attracted people by promising treatment to solve issues faced by children, financial struggles, and diseases.

It was alleged that authorities failed to take action against the institution despite protests from the public.

The video surfaced at a time when the double murder in Elanthoor in the name of human sacrifice evoked debates over illegal practices ongoing in the state.