he officials filed a complaint with the police on Monday. Police informed that the photo of the youngsters has been caught on camera and that they will be tracked down soon. 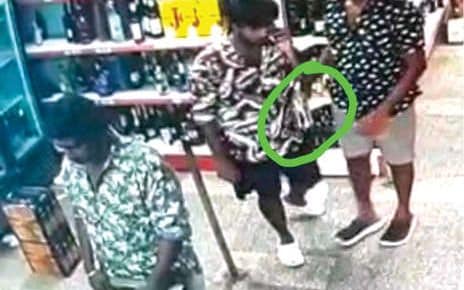 CCTV visuals of the theft

Varkala: A group of youngsters who bought liquor worth Rs 7,350 stole a bottle of liquor which costs Rs 1,380. The theft took place last Saturday at the premium counter of the Beverages Outlet in Varkala. The bottle was shoplifted by one of the four youngsters who arrived at the shop to buy liquor at noon.

The youth stole the bottle while his friend was paying the bill. The visuals of the act have been caught on CCTV.

It was while stocking the bottles at night that a missing bottle was noticed. It was later found that the bottle worth Rs 1,380 went missing. The theft came to light after the Beverages officials inspected the CCTV footage.

The officials filed a complaint with the police on Monday. Police informed that the photo of the youngsters has been caught on camera and they will be tracked down soon.