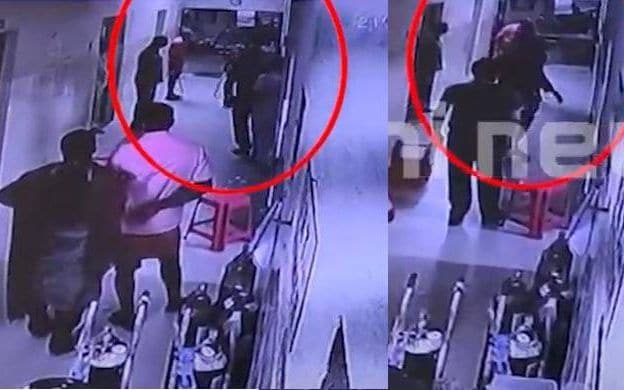 CCTV Visuals of the attack / Photo: Screengrab of Mathrubhumi News

Kollam: A group of miscreants attacked health workers of a Taluk hospital in Neendakara here and vandalized the section where medicines are distributed.

The incident happened on Tuesday around 10 PM. A group of youngsters raged into the hospital and created a ruckus. According to hospital authorities, the attack was in retaliation to the verbal spat between staffers and bystanders of a patient, that happened two days back. The issue was over instruction to wear mask.

According to the police, Neendakara natives Vishnu, Ratheesh and Akhil created ruckus and attacked the health workers. After the attack, they fled in a bike and are on the run, said a police official.

Meanwhile, police officials enquired about the incident from the staff and other onlookers. They are probing the matter.

According to KGMOA district president DR Reena, the OP of the Taluk Hospital will not be functioning until any proactive action is taken against the attackers. If action is delayed, then the boycott will be extended across the district, she added.