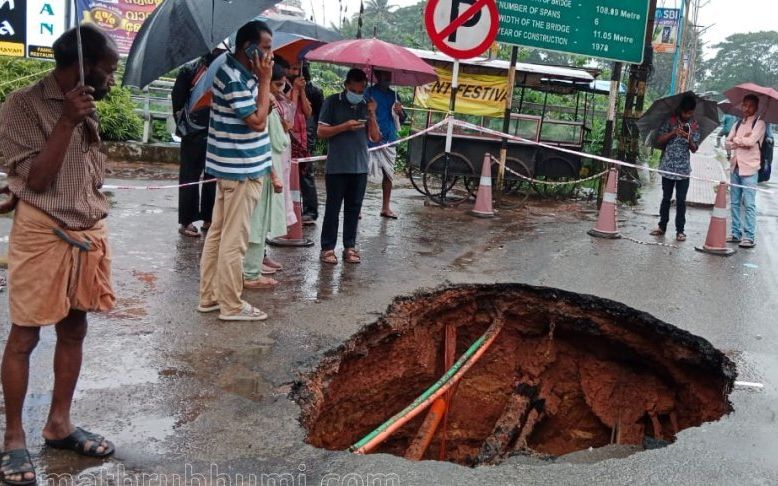 The pothole that was formed

MC Road is an intermediate point that connects the north and south side of the state. The workers fixed the pothole by filling the concrete mixture.

Traffic restriction was imposed on this stretch due to the pothole. A massive traffic snarl was formed here and the state government ordered the prompt intervention of authorities concerned. The workers under the supervision of experts were also deployed here. They examined the area and cleared the mass of mud.