The documentation for the new purchase was done end of last year and is in the name of state party Secretary Kodiyeri Balakrishnan. 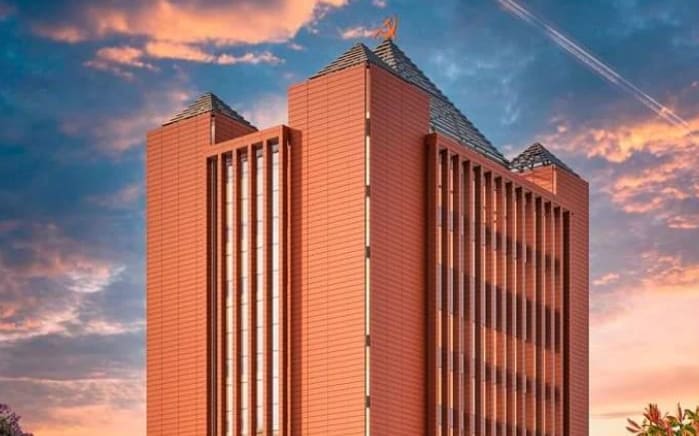 Thiruvananthapuram: The construction work for the new state-of-the-art CPM headquarters in Kerala got underway here on Friday.

Chief Minister Pinarayi Vijayan led the top brass of the party who attended the function marking the commencement of work at the recently-purchased one third of an acre plot opposite CPM's present office, the AKG Centre, in the heart of the state capital for a cost of Rs 6.40 crore.

The documentation for the new purchase was done end of last year and is in the name of state party Secretary Kodiyeri Balakrishnan.

The present headquarters, named after Communist leader A.K. Gopalan, is a multi-storied complex which houses the party offices, an auditorium, several rooms for its top brass, besides a library and a few halls.

The new complex is coming up near the flats owned by the party, in which the top leaders live with their families.

Even though CPM is often referred to as the 'people's party', it leads the rest of the political outfits when it comes to owning land and buildings in the state and is the richest political party in Kerala.

From Congress to 'Party Congress': Journey of K V Thomas

RSS trained 3,000 workers prior to murders of CPM workers in Kerala: Kodiyeri