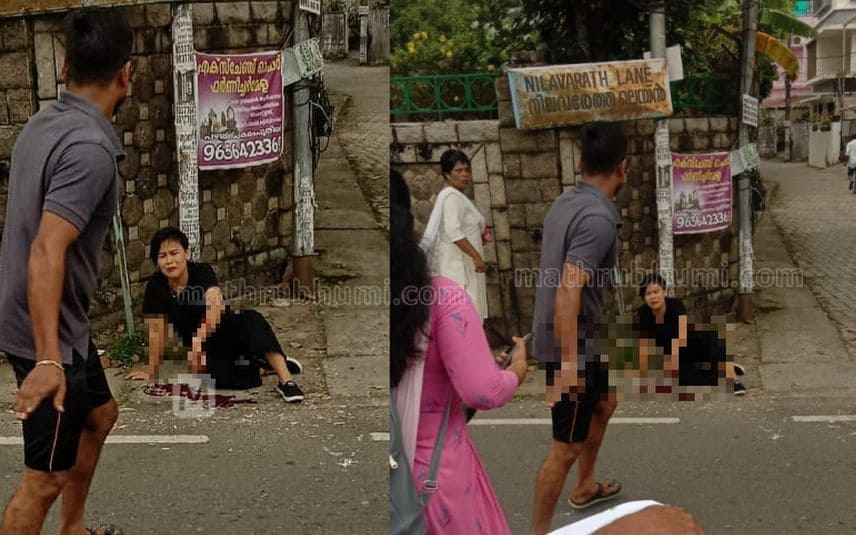 Kochi: In a horrifying incident that happened in broad daylight, a man allegedly attempted to kill a woman at Azad road in Kaloor on Saturday morning. The incident happened at around 11 am.

According to eye witness, a scuffle broke out between a youngster and two women which resulted in the attack.

The person reportedly had a machete in his hand and tried to hit the woman on her head. The woman’s friend blocked it but suffered severe injury on her hand.

The youngster later fled the scene leaving his bike when the women countered him. The injured woman has been hospitalised.

It is learnt that the women were from other state. The police have seized the machete used for the act and have been retrieving CCTV footages from the locality to nab the culprit.