Woman rushes on hearing husband’s death, killed in road accident along with sister 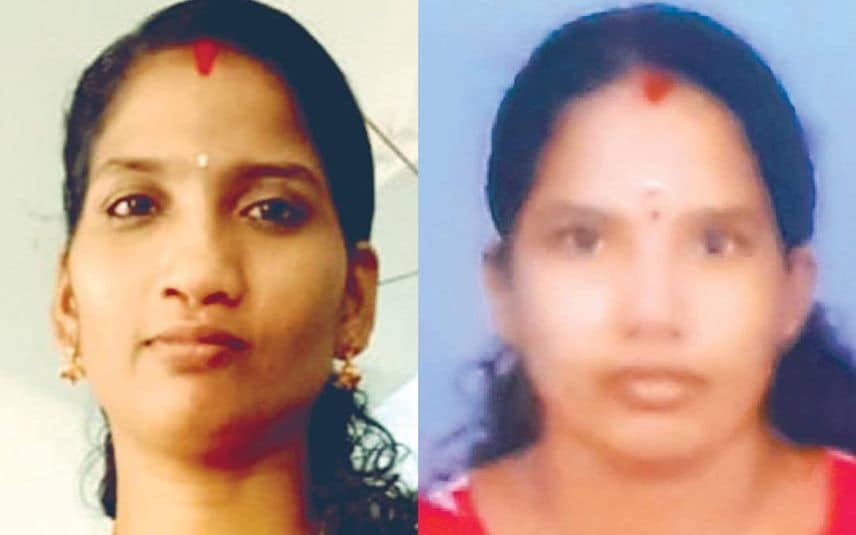 Thiruvananthapuram: A woman and her sister who rushed to board a bus after hearing the news of her husband’s death, met with an accident and died. Panathura natives Aiswarya (32) and sister Sharimol (31) died in an accident while crossing the road at Thiruvallam bypass in Vazhamuttom.

A car approaching from Kovalam region to Thiruvallam hit the sisters near Pachalloor Chudukad Devi temple at around 9.30 pm on Saturday. Though they were taken to the medical college hospital by the locals and highway police, they could not be saved.

Aiswarya died on way to hospital and the mortal remains were shifted to the mortuary. Sharimol, who was admitted to the ICU, also passed away by midnight.

Aiswarya’s husband Sreeji was residing in Nedumangad. The neighbours informed that Aiswarya and Sharimol had reached the bypass to board a bus to Nedumangad after hearing that Sreeji had committed suicide by hanging at his house. Aiswarya and Sreeji have two daughters, Abhinaya and Avanthika.

Sharimol is survived by her husband Sajeev and children Varsha and Amal.