Mehaboobi was found three months back. Once all the formalities were completed, Mehaboobi arrived in Kerala and took Azharudheen back to their home. 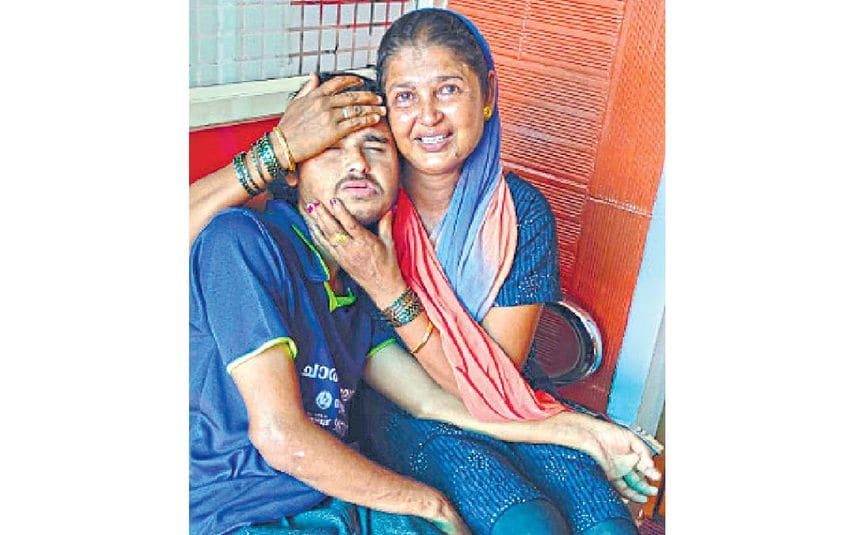 Thiruvananthapuram: A differently-abled man who went missing from Bengaluru railway station was reunited with his mother after five years. Karnataka Shimoga native Mehaboobi arrived at Venjaramoodu Charity Village to take her son back home.

Twenty-five-year old Azharudheen went missing during a train journey to Bengaluru. Although his family tried to find him and kept searching for him for months, it proved to be in vain. And when Covid hit, the search completely stopped. The family then returned to their hometown. Azharudheen was found by Kerala Legal Service Authority officials. They first took him to the Mental Health Center in Peroorkada. After finding out that the man had no mental illness and that he was differently-abled, the officials then took him to Charity Village.

Azharudheen was silent in the beginning but later started talking to the officials about his hometown.

They started a search in Shimoga by showing around Azharudheen’s picture. Mehaboobi was found three months back. Once all the formalities were completed, Mehaboobi arrived in Kerala and took Azharudheen back to their home.