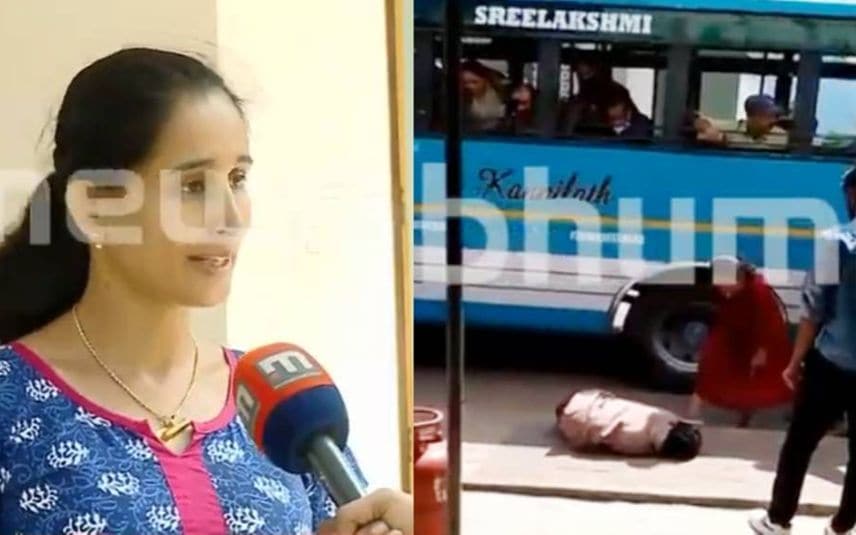 Panamaram: A woman here in Wayanad reacted against a man who behaved inappropriately with her while travelling on a bus. Wayanad native Sandhya took things into her own hands when the man’s actions went too far.

Sandhya recounts the events as they unfolded:

I got on the bus to travel to Vengappally. I was sitting next to the seat near the door. A man who got on the bus from the Padinjarathara bus stand sat next to me. I did not find anything unusual about it. He started troubling me after a while. I asked him to move to the seats in the backside as many were vacant there.

Another woman on the bus too asked him to move. I complained to the conductor when he refused to move, following which he got up and left. He then shouted obscenities at me and the conductor, went and stood in front of the bus and staged a huge drama there. I did not react even then. After that, he came to the door side of the bus and nudged me on my cheek blabbering inappropriate words. That is when I got off the bus and handled him.