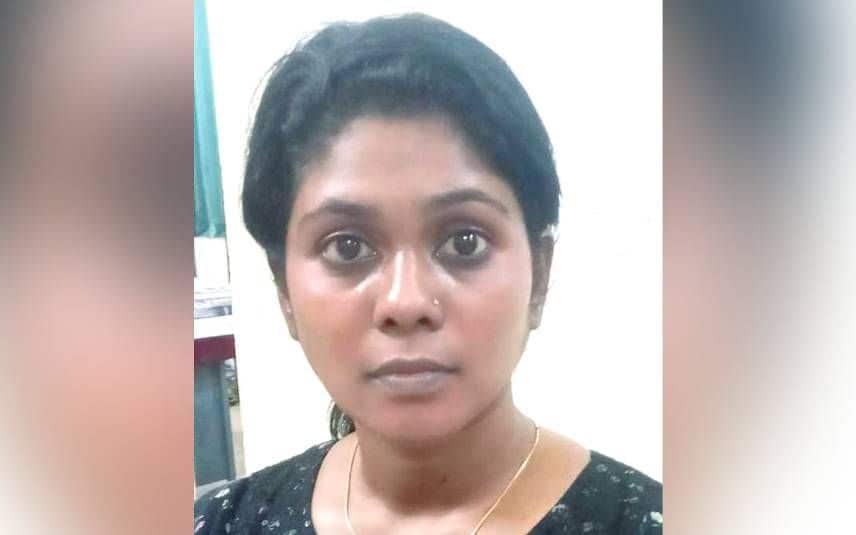 Pathanamthitta: Police arrested a woman for embezzling around Rs 6 lakh from a youth promising job at Kerala High Court. Surabi Lakshmi(28), a Kozhikode native, who went into hiding after receiving anticipatory bail, was arrested upon a warrant issued by the court. According to police, she embezzled Rs 5,95,250 from a Parakonam native by posing as government staff and assuring job in the high court.

The accused earned the trust of the complainant by calling him and assuring of a job as an office assistant in HC using her contacts. Based on this assurance, he transferred Rs 9000 and Rs 3,45,250 to the account of the accused. Later, he handed over Rs 1 lakh after meeting her in person. Apart from this, she also embezzled Rs 1.5 lakh from him by assuring jobs for his brothers and friends.

Surabi Lakshmi was arrested from a rented house in Kozhikode. Earlier, the accused sent a fake appointment letter through WhatsApp and a cheque of Rs 6 lakh which later bounced.

There should be limit to number of personal staff of ministers, observes Kerala HC

Kerala HC observes nothing unlawful in appointment of personal staff