Steel rods were inserted in two fingers from medical college hospital and two fingers were amputated. 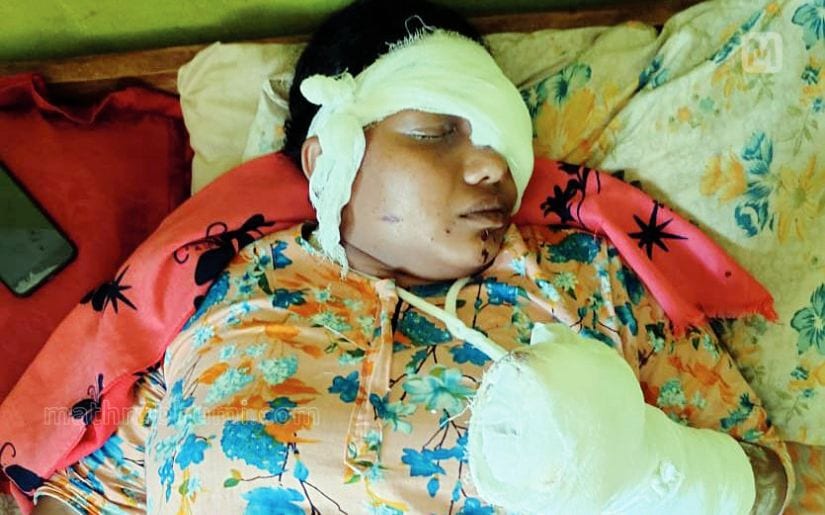 Wadakkancherry (Thrissur): A woman’s fingers were amputated after an explosive blew up while she was peeling areca nuts. Thali Pilakkadu native Attabeevi (31) was severely injured in the explosion.

Attabeevi and women in her neighbourhood were peeling areca nuts in a household at Pilakkadu on Saturday. Meanwhile, an object that looks similar to areca nut exploded with a loud noise. Attabeevi lost her thumb and middle finger partially and also sustained eye injuries.

The areca nut vendors in Thali and Pilakkadu areas collect areca nut from different places, dry and sell them. The women in the locality peel the nuts. The explosive in the shape of areca nut could not be identified from the pile of real nuts, Attabeevi said. She is mother of four children.

Allegations arose that explosives are placed in farm lands to get rid of wild animals in hill ranges. It is suspected that the explosive might have been collected along with areca nuts this way. The Intelligence Bureau also is investigating into the incident.

Soaring areca nut price: Over Rs 10 for a single nut