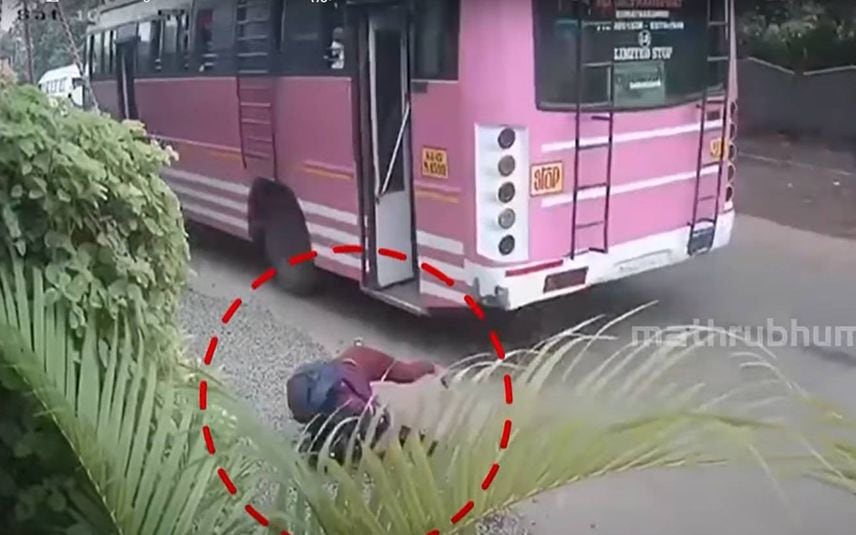 Thrissur: A woman suffered serious injuries after falling from a bus at Irinjalakuda here on Saturday. The woman was rushed to a private hospital at Mapranam.
The accident took place after the private bus in Irinjalakkuda diverted its route while entering the bypass road from Irinjalakuda-Kattoor road.

According to the reports, the bus was overspeeding while crossing a curve on the route. The woman standing near the back door was caught completely off-guard and thrown out of the speeding bus. She suffered serious injuries as a result of the accident.

It is learnt that the bus diverted its route to avoid traffic block. Further, there are indications that the bus violated several traffic rules.