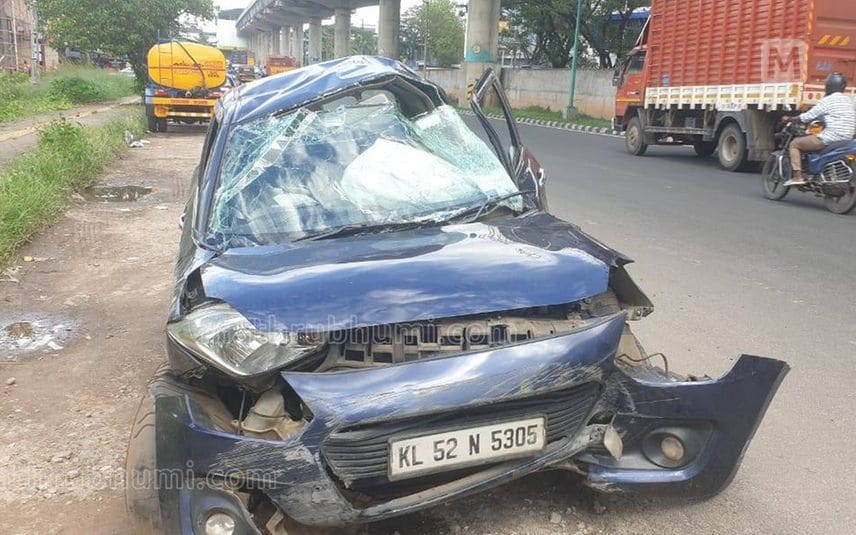 Kochi: Police found the man who went missing after a car crash claimed the life of a woman at Kalamassery here on Tuesday. Varapuzha native Jibin who travelled with the woman in the car was spotted at his house. Police informed that Jibin returned to his house as he was not severely injured in the accident. The police raised suspicion over Jibin's missing from the accident spot.

Meanwhile, a case was registered against the car driver Salman-ul-Faris for drunk driving. Police informed that he was drunk while driving. He was arrested and brought to the police station.

It is learnt that Manfiya (Suhana), who died in the car accident was a friend of Salman who was behind the wheels of the car. On Monday night, they had gone together to attend a party with friends. When they were returning after the party, the car lost control at Pathadipalam and rammed into the streetlight pole near the metro station, inspector PR Santhosh told Mathrubhumi.com.