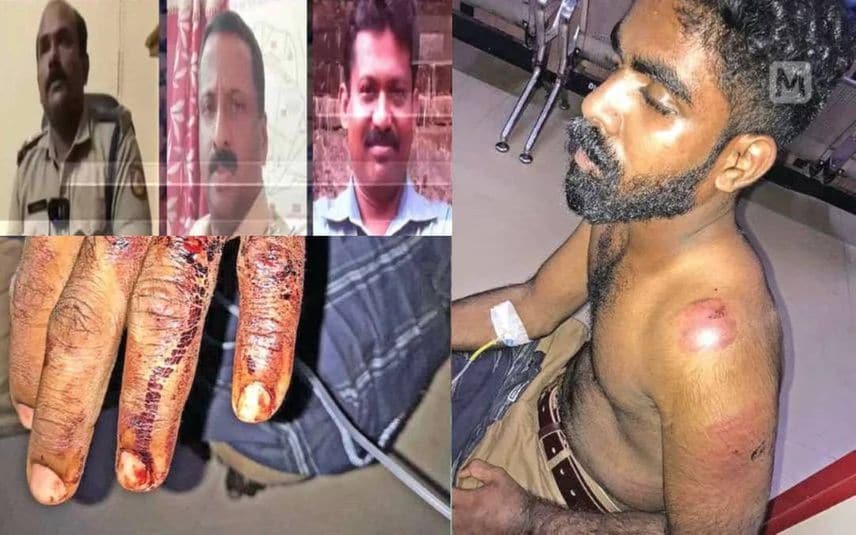 The accused police officials-Photo collage of attack on the brothers

Kollam: The statement of a woman cop in connection with the alleged custodial torture at Kilikollur Police station has put the officials concerned in the dock.

According to the statement given by the probe officer and woman SI Swathi to the magistrate, the CI and SI thrashed the army official and his brother. The officials beat up the brothers with cane, her statement said.

With this statement, police claim of not attacking the duo has fallen flat.

Earlier, the visuals of the alleged attack came out and dented credibility of police version. The reports on woman cop’s statement comes at this juncture.