The block panchayat president post was reserved for woman in SC category. As the UDF had no representative from this category, the president was elected unanimously. 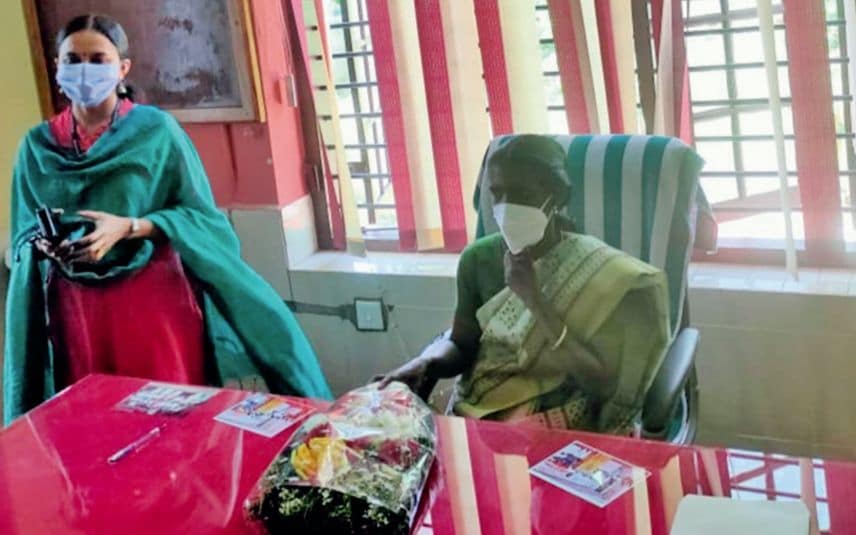 Pathanapuram (Kollam): When A Anandavalli sat down on the chair of president in the block panchayat office where she worked as a sweeper for a decade, she was overflowing with emotions. Fondly called ‘Vallichechi’ by everyone, she felt proud to be the president of Pathanapuram block panchayat which she kept clean and neat for many years.

After the swearing in, secretary Ramya and colleagues led Anandavalli to the chamber of the president. She then thanked everyone for their greetings and also distributed sweets to all.

Anandavalli won as an LDF candidate from Thalavoor division which was a reserved seat. The block panchayat president post was reserved for woman in SC category. As the UDF had no representative from this category, the president was elected unanimously.

Eight fugitives from Kerala at large even after Interpol notice against ...

Kerala yet to address issues raised since 2010 in determining fair value ...