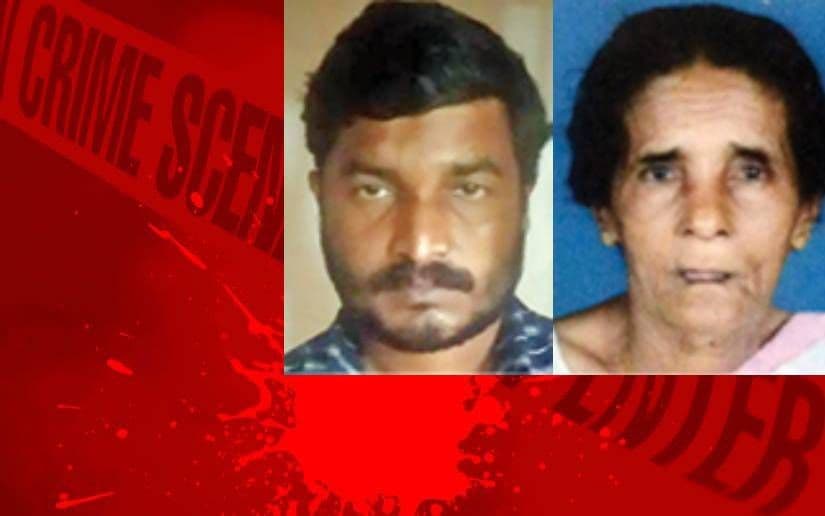 Kollam: In a gruesome incident, a woman was brutally attacked and suffocated to death by her grandson, said police. The woman, Kokkad native Ponnamma (90), a cancer survivor, was murdered by her daughter’s son Sureshkumar (35). The accused was arrested by Kunnicode police. Sureshkumar works as a driver at a private institution.

The incident took place on Friday at around 4 pm. Sureshkumar tried to portray Ponnamma’s demise as natural death and tried to speed up the cremation. But the investigation centring around Sureshkumar revealed that he was behind the murder, said police.

As per police sources, Ponnamma used to scold Sureshkumar for coming home in a drunken state. On Friday, Ponnamma got into a fight with her grandson while he was having lunch. Sureshkumar hit her head against the bed and asphyxiated her. Sureshkumar’s mother Sumangala was not home at the time.

When Sumangala returned home, Sureshkumar informed her of Ponnamma’s death. It was also decided to hold the cremation at 10.30 am on Saturday. But a few of the relatives who noticed the wound on Ponnamma’s head informed the matter to the police. When interrogated, Sureshkumar at first said that Ponnamma passed away due to her ailments but later confessed.

Police said that Sureshkumar has attacked his mother and grandmother on earlier occasions as well. Ponnamma had been undergoing treatment for cancer for a long time.