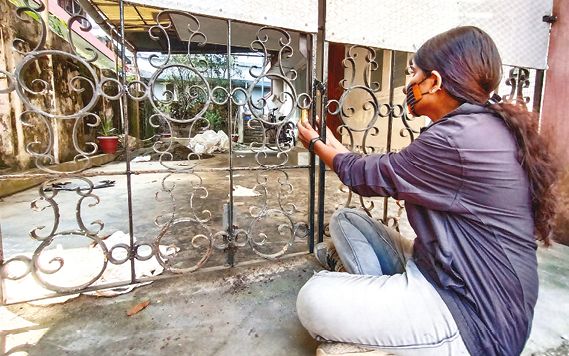 Kochi: Citing continuous phone calls and messages to her phone from individuals including a drug peddler, the woman who is in Kochi shelter home after denial of entry to her husband’s house, has expressed concerns about orchestrated efforts to fabricate her as a drug user.

The woman received a message from an unknown number in her WhatsApp. Along with the message offering drugs to her, a picture of drug was sent. The person addressed her by name and introduced himself as Arun from Vypin.

The person approached her like an acquaintance in WhatsApp and the woman who found it suspicious did not respond. Following that, the person sent another message which said he sent the message by mistaking her as a friend.

Meanwhile, woman has been receiving many calls and messages. She claimed that there are orchestrated efforts to fabricate her as a drug user. Notably, woman in her complaint alleged that her husband is a drug addict. The woman also raised concerns over circulation of another woman’s photo in social media with bad connotations.

The pathetic state of the woman was brought to the attention of the public by Mathrubhumi. The 27-year-old woman has been going through an ordeal as her husband and his family members restricted her entry to their house, despite a favourable court order. The woman had alleged that she is being tortured by her husband’s family members.

The Legal Services sub judge and members from the Women and Child Development Department and Women’s Commission visited the woman to gather details. She is now at a shelter home in Kochi. Aluva First Class Judicial Magistrate Court made a strong remark over the matter. Referring to the absence of the husband and his family members while considering the case, the court said that woman cannot be abandoned.