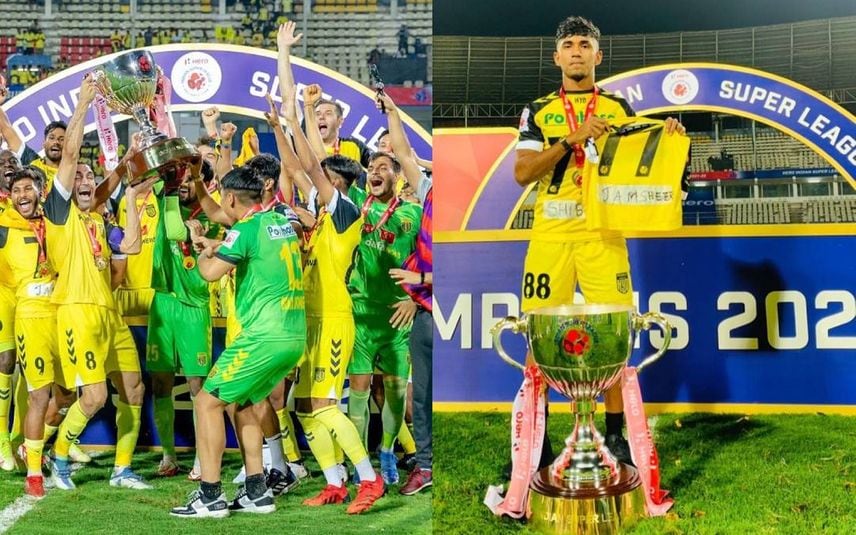 Kasaragod: While the Hyderabad FC players were overwhelmed by winning the Indian Super League title last night, the Malayali star in the team, Abdul Rabeeh, was reduced to tears. His neighbour Jamsheer and his cousin Muhammed Shibil, who set off to see him playing in the finals, were killed on the way to Goa. Rabeeh had to play the match bearing the pain of their death.

Without taking part in the celebrations of Hyderabad FC, Rabeeh just stood gazing at his team members. Later, he took a photo carrying two jerseys with their names on them. By posting the picture on Twitter, he wrote: ‘It is for you both…’

Rabeeh’s friends had set out to Goa to see the finals of ISL with the tickets sent by him. Five of the friends were travelling in a car while Shibil and Jamsheer followed them on a bike. The journey started from Malappuram was stopped at many locations due to rain. The accident happened when Shibil and Jamsheer resumed their ride after halting at Uduma for a while.

A pickup van carrying chicken to Kanhangad hit the bike at Palakunnu. Meanwhile, their friends travelling in the car had reached Thalappady at the Kerala-Karnataka border. The locals who rushed to the accident spot informed them after checking the call list of one of the deceased.