Will not remain a mute spectator, says Arif Mohammed Khan

"The Constitution has to be upheld and this is not a personal fight," Kerala Governor told reporters on Sunday evening. 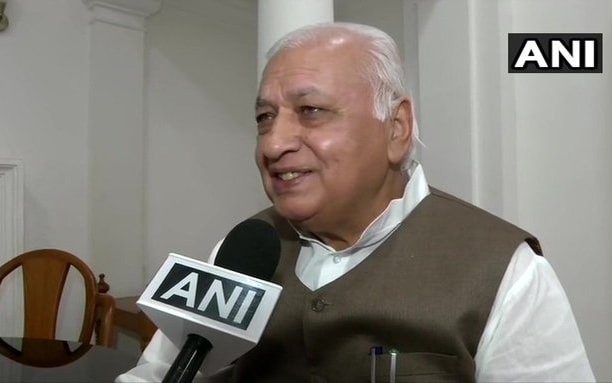 Thiruvananthapuram: Amid the tussle with the Left front government over the CAA, Kerala Governor Arif Mohammed Khan on Sunday made it clear he would not remain a "mute spectator" and would ensure the law of the land is upheld.

"The Constitution has to be upheld and this is not a personal fight," khan, who arrived from Bengaluru, told reporters here on Sunday evening.

“I will not sit like a mute spectator... will ensure that the rules and law are upheld", he added.

Taking objection to the state government moving the Supreme Court against the Citizenship (Amendment) Act (CAA) "without consulting" him, the governor has sought a report from the Chief Secretary.

CM Pinarayi Vijayan leaves for US for treatment; to attend meetings online

Whether India's Hunger Index rank can be erased with bulldozers, asks Pinarayi Vijayan

Kodiyeri Balakrishnan to fly to US for treatment

Kalpetta: The Rajiv Gandhi Centre for Biotechnology (RGCB) has launched a major project to support the traditional enterprises of tribal communities in ..