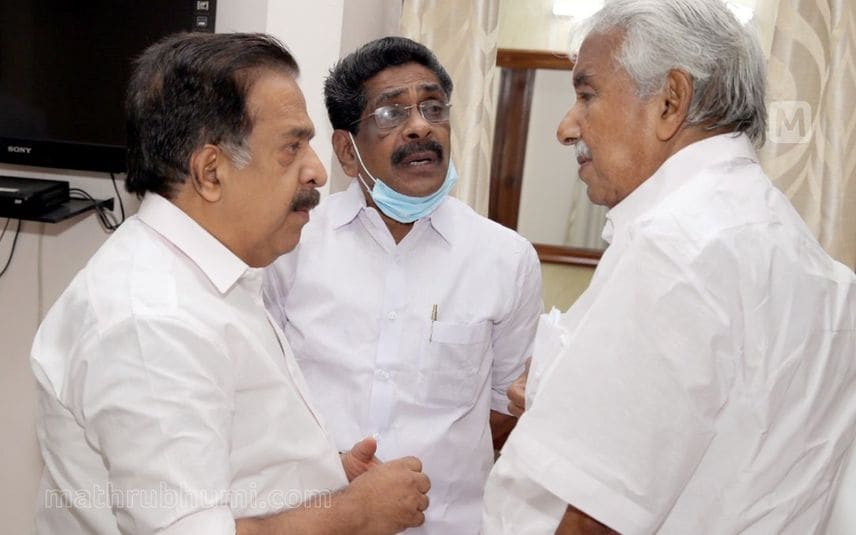 Thiruvananthapuram: Top Congress leaders in Kerala on Sunday gracefully accepted their defeat in the April 6 Assembly polls as it seemed the party-led United Democratic Front will, in all likelihood, end up with less seats than 2016.

According to the figures presently available for the 140 memberAassembly, the Pinarayi Vijayan-led Left Democratic Front, set to create history with two consecutive electoral victories, is leading in 100 seats while the Congress-led UDF is leading in 40 seats, against 47 seats in 2016.

Leader of Opposition Ramesh Chennithala, while winning from his home base at Haripad in Alappuzha district, said that they are gracefully accepting the verdict, but will pursue the allegations against the Vijayan government.

"We did not expect this sort of result... We will sit down now and do an introspection on what happened. We raised a lot of issues of allegations against the Vijayan government. Just because they have won the polls does not mean all such issues will be washed away. No, it won't as all what we raised were facts and truths and in all what we raised, Vijayan himself had to withdraw from it. All issues will be discussed when our leaders meet," he said.

Two-time former Chief Minister Oommen Chandy, who has scripted new history by winning 12 successive Assembly elections, starting from 1970, from his home turf Puthupally in Kottayam district, to equal the record of late K.M.Mani, said: "We are not sad by this as we see this as a challenge."

"No one should forget that this defeat will deter us, as we have come back very strongly when we suffered the worst reverses, like when we lost 19 seats out of the 20 in the 2004 Lok Sabha polls. We won 19 seats in the 2019 Lok Sabha polls. So, we accept this setback and we will all go back to the drawing board to analyse and discuss on the way forward," said Chandy who saw his margin coming down from over 20,000 in 2016 to over 8,000 this time.

State Congress President Mullapally Ramachandran sees the defeat as a defeat and will look into it.

"Our self-confidence has not been dented at all. At this time I wish to thank all the party workers who toiled hard and also to the people who extended their support to us. Each and every aspect will be discussed by us and as the head of the party, I have a responsibility. I will meet all of you after making a detailed assessment," he said.

Move to appoint CPM leader's wife at Kannur varsity appears to be case ...