Another person named Shankaran has been admitted to the Thrissur Medical College with grievous injuries. 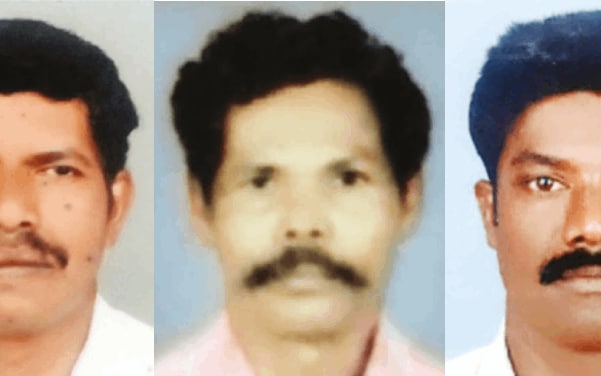 Three forest department officials were on Sunday charred to death in a wildfire at Wadakkancherry near here, officials said.

Poongodu forest station watcher K U Divakaran (43), temporary watcher A K Velayudhan (54) and temporary forest watcher Vattaparambilveetil V A Shankaran (46) died during a bid to douse the wildfire that had spread at the HNL plantation.

The press release also said the plantation was taken under lease by the HNL group.

"It appears that lack of precautions to stop wildfires have caused the accident," the release said, adding that fire responder vehicles from the district were trying to douse the fire which had engulfed the area.

The same area had witnessed a similar wildfire last year.PTI