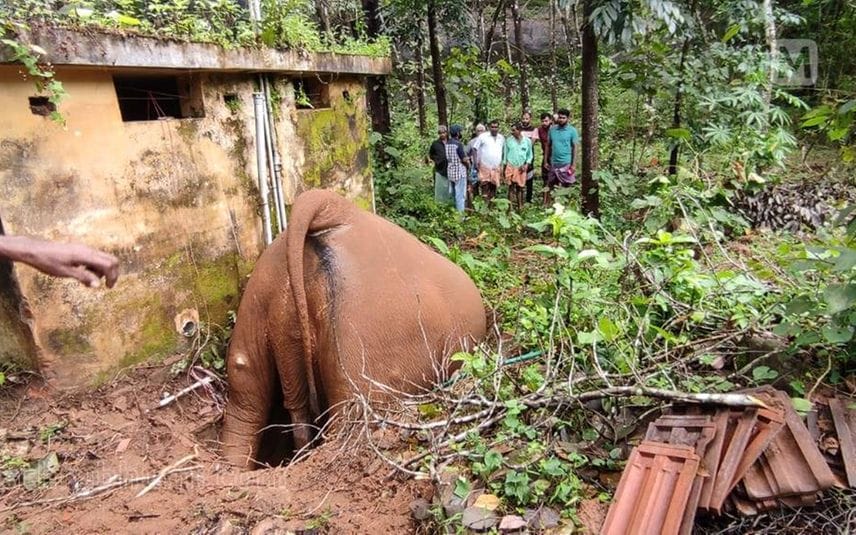 The visual from the site where the jumbo was found dead / Photo: Maneesh Chemancherry

Thrissur: A wild elephant was found dead in a human settlement in Pothenchira near Vellikulangara here.

The jumbo was found inside an abandoned septic tank on a private property. The elephant’s trunk, head, and half of the body was inside the pit when natives found it.

Wild elephant attacks have been rampant in the region recently. According to the locals, three elephants have been roaming in the settlements for the past two-three days. It is presumed that one among them fell into the pit on Monday.

Meanwhile, lifting the dead body poses a challenge for authorities due to the terrain conditions. There is no road connectivity. To bring a crane, the region has to be levelled using an earth mover.

Vellikulangara Forest Range officials visited the spot and examined the premises. After lifting the body, it will be taken for autopsy before burying it.