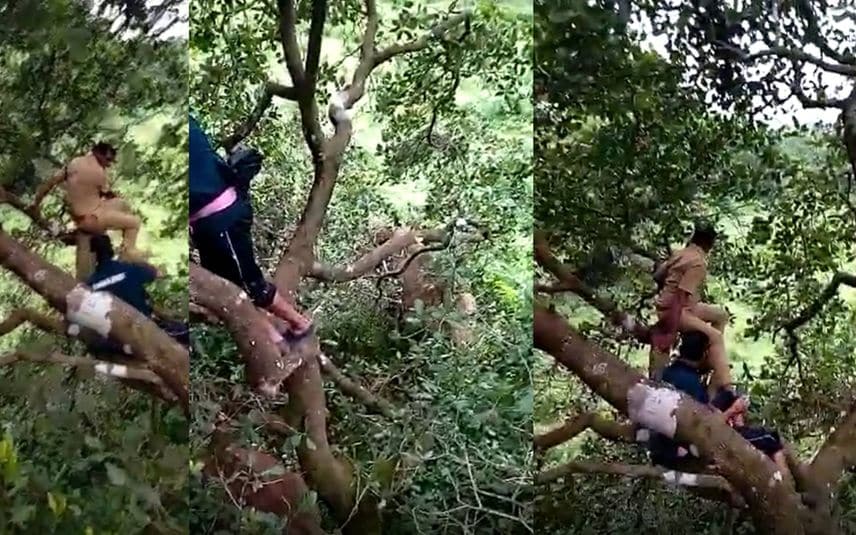 Kannur: A wild elephant attack was reported in Aralam on Sunday. The forest department officials and natives ran and took refuge on a tree top to save themselves from the charging pachyderm, which spread panic in the region.

Two wild elephants crossed the Aralam Farm and reached the residential region on Sunday at around 7 am. A local, who spotted the elephants, rang up the officials and passed the information. The locals and officials attempted to drive the elephants back to the forest but to no avail.

When the elephants turned against the officials, the natives had to climb a tree to evade attack. The elephants later left the region only after the natives set off firecrackers by 7 pm.